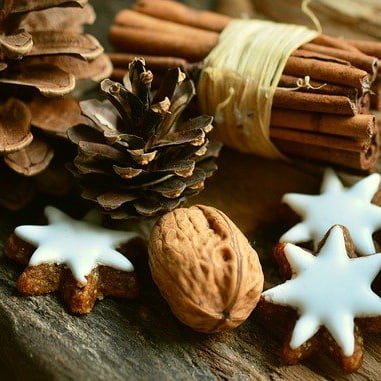 Q: How did voyageurs celebrate Christmas ?
A: Not like we do.
Our favorite holiday traditions hadn’t been invented yet, so no Ho-Ho-Hos, no Santa, no tree or decorations, no cookies or concerts, no Nutcracker or Christmas Carol performances, no Grinch or Charlie Brown, no Hallmark movies.
In the early 1800s, French-Canadians only observed religious holidays, only by going to church. 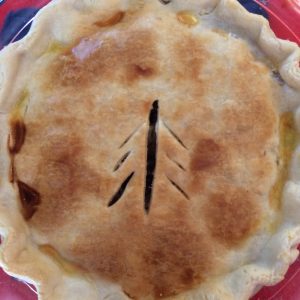 From “Chez Nous,” (a newsletter for French-Canadians descendants, the Janvier y Fevrier 1985 edition), I discovered that New Year’s Day, Le jour de l’an, was just as important a feast day in French Canada:

I perused the old journals in “Five Fur Traders of the Northwest” to learn what North West Company men did on Christmas Day.
SURPRISE! The groups didn’t mix: Because the bourgeois were English or Scottish, they didn’t socialize much with their winterers, the French-Canadian paddlers and workers. (Read on; the spelling and capitalization are theirs.)

Daniel Harmon, an American, became a North West Company clerk at age 21 and kept records of his career trading with the Cree in Manitoba and British Colombia in the book “Sixteen Years in the Indian Country: The Journal of Daniel Williams Harmon 1800-1816.”
He didn’t mention Christmas on more than half of those entries. His first years were discouraging, without conversation with like-minded people. He spoke French to the men and Cree to his Cree wife, who was 14 when they married; she learned English.
Eventually the couple found a few friends, and ways to share the holy days with them: they read the Bible, they hosted and visited others, they shared meals (with the chiefs too), they danced, they took the cariole out for dogsled rides! Life got considerably better.

1803, Ft. Alexandria
“Dec. 25, Sunday. This being Christmas Day our people pay no further attention to Worldly affairs than to Drink all Day. Notwithstanding I am now in a Savage Country, yet I cannot forget that in my earlier Days I was taught to believe that this Day ought to be kept as a Day of thanksgiving in commemoration 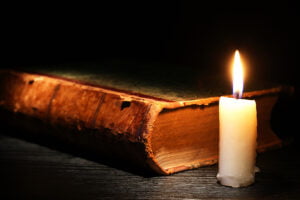 Daniel Harmon preferred to spend the holy day in prayer and thanksgiving.

for the Birth of a Saviour … yet for all that I cannot flatter myself that I do observe the Day very differently from my associates.”

1805, South Branch House
“Dec. 25, Wednesday. This Day has been passed as all Christmas are in this abandoned part of the World, Drinking all Day by our Men and Dancing in the evening by all hands.”

1806, South Branch House
“Dec. 25, Thursday. As the greater part of our People are now absent from the Fort, I have in some measure been able to pass this Day somewhat like an accountable being and a Christian—that is in reading and in meditating on the birth &c. of our Saviour. In the morning I invited over Messrs. Fidler & Sutherland to breakfast with me.” … 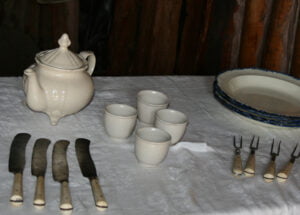 Harmon dined with friends on a few Christmases.

1812, Stuarts Lake
Jan.1 Wednesday. … Mr. McDougall & I dined with all of our People in the Hall, and after our repast was over I invited several of the Sicanny (Sekani) and Carrier Chiefs & most respectable Men among them to come and partake of what we had remaining — and I must acknowledge that I was surprised to see them behave with so much decency & even propriety as they did in drinking off a Flaggon or two of Rum, and after their repast was over they smoaked their Pipes and conversed rationally on the great difference there is between the manners & customs of Civilized People and those of Savages. They readily conceded that ours are superior to theirs.” …

1813, Stuarts Lake
“Dec. 20 Sunday. Mr. (James?) McDougall &c arrived from McLeods Lake and are come to pass the Holy Days with us.” …
“Dec. 24, Thursday. On the 20th Inst, Messrs McDougall & LaRoque &c accompanied me to the other end of this Lake, each of us was in a Cariol (cariole) drawn by three Dogs and as the road was fine (upon smooth Ice) we had a pleasant excursion.” 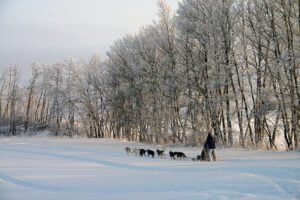 Harmon’s cariole was a covered sled pulled by dogs.

“Dec. 27. Wednesday: All of us except two of our People who remain here to take care of the Fort, are preparing to go & pass New Year’s at Stuarts Lake, and during the few Days we have been together I have past the time agreeable in the company of my two friends. ” …

“Jan. 7. Sunday: This afternoon I returned from Stuarts Lake where I remained Six Days but the concourse of People being too great to allow us to indulge ourselves much in such conversation as we would have wished.”

The Christmas spirit allowed bitter rivals of the North West Company and the Hudson’s Bay Company to invite each other — with occasional restrictions.

How the voyageurs observed Christmas depended on whether you were a worker-bee or a muckety-muck. The voyageurs relaxed with drinking and merriment (with disagreements). While the bourgeois missed deep conversation and sacred ceremonies, they found ways to see friends, eat, dance and dogsled — and be merry.