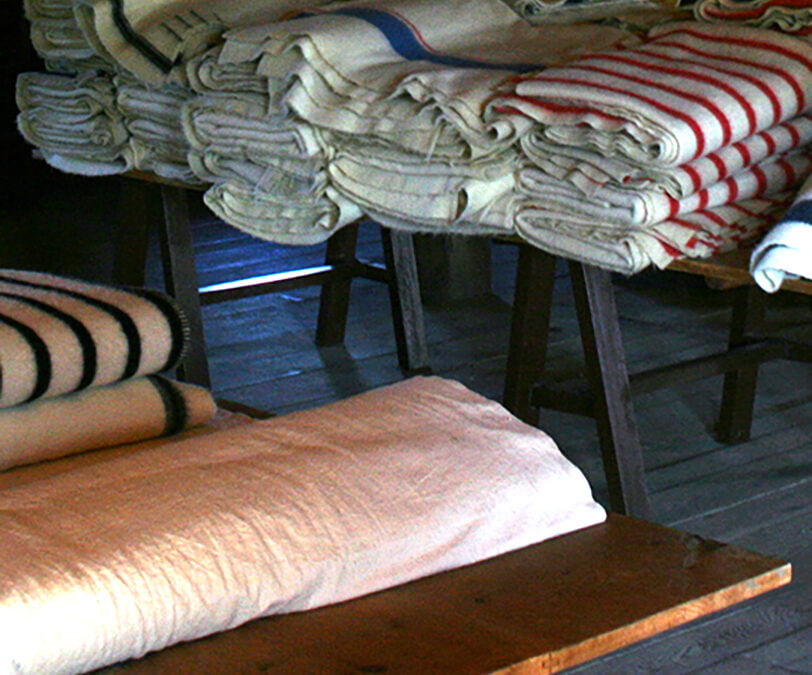 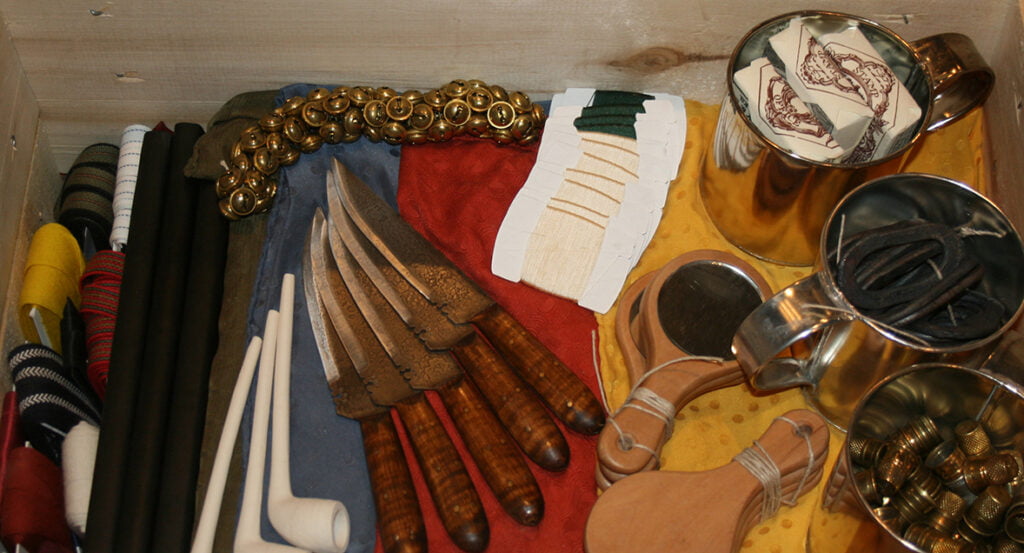 My question exactly. How do you figure it out?
Or, backing up a bit: What goods were profitable?

Early on, fur traders discovered they needed more consumable goods — clothing, blankets, other fabrics, vermilion and beads, powder and shot, tobacco and alcohol. Fabrics were the among the most desirable.

After their Native Americans customers had one copper kettle, they didn’t beg for a complete set of fry pans, pasta pots and roasters. Once they owned useful items — knife, rasp, fire steel, chisel, fish hooks, twine — they traded for new ones when the old one broke. A single gun per hunter sufficed, though it regularly required the consumable supplies of shot and powder. 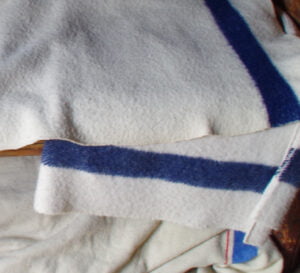 So Wayne Krefting’s “The Tale of a 2 ½ Point Blanket” riveted me. Published in The Voyageur Journal (Winter 2019) by the North American Voyageur Council, it’s available to members only (but only $10 a year to join).

Krefting started with: What did it cost to produce and shear sheep for a blanket? Sheep ate grass, and shearing was done on the farm, so it’s hard to quantify. Both minimal.

Wool was sorted, processed, carded and spun. Again, costs were minimal, unknown or hard to determine in a cottage industry.

Blankets can finally be tracked after they were woven into long strips and sold by weight to London warehouse men (whom we’ll meet again). Here Krefting found proof from invoices: Wholesale prices for a 2½ point blanket ranged from 5 shillings in 1791 to almost 9 shillings in 1818. He used 5 shillings and 6 pence (5/6) as a starting point. 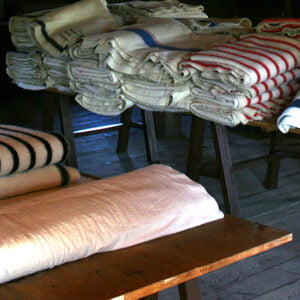 Prior to arriving in North America, blankets were 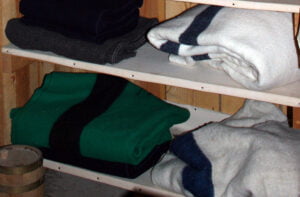 At Grand Portage, bourgeois and trader John Sayer recorded the price of 7 shillings per blanket on his August 1797 inventory. 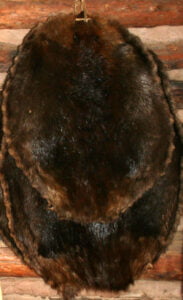 Beaver pelts were considered currency in the interior. A 2 1/2- point blanket was valued at 3 to 4 pelts. 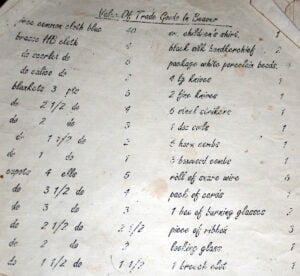 How many beaver pelts did you need to buy a …? Snake River Fur Post, Pine City, MInnesota

At that time, the currency unit in North America was a beaver pelt. Trade journals over many years show that Native trappers traded 3 or 4 beaver pelts per blanket. This establishes an equivalence to about 7 shillings. That variability took into account the distance from depot to fur post, or an individual trader-trapper agreement.

Traders shipped the pelts back to Montreal where they were

Traveling back to Europe

The value of beaver fluctuated as well at European auctions, due to the war with France, creating uncertainty in shipping across the Atlantic Ocean. Krefting shows that beaver pelts being auctioned earned from 17 shillings in 1784, spiking to 31 in 1789, and leveling off to 28 shillings in 1801. At a minimum, the initial investment of 5/6 has tripled, and shot up as much as 6 times. An impressive return!

A few additional costs need to be factored in—shipping the pelts, repaying the warehouse men (remember them?), insurance and converting to £ sterling. But, Krefting said, the return could balloon to 45/ and 80/ per blanket. No wonder the North West Company partners built palatial homes in Montreal.

Lest you think it’s all profit 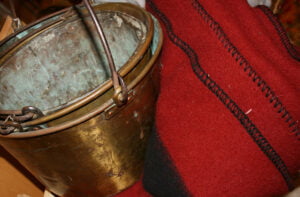 Point blankets were one of the many items fur traders needed to carry. Forts Folle Avoine, Danbury, Wisconsin

Keep in mind that there was a 3+-year turn-around from blanket sent to Canada to being exchanged for beaver pelts at a trading post to sending them back to Montreal and then to Europe to cash received in account. That long wait made it hard for the NWC to compete with the Hudson’s Bay Company who, due to shipping out of Hudson Bay, could manage it a year shorter.

Krefting focused his article on shillings, but the fur trade dealt in many currencies — among them

Besides blankets, the winterers also carried guns, metal utensils and many more goods. I’m betting the other items were as profitable. 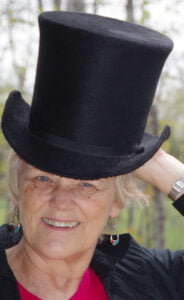 My opportunity to try on a beaver hat, the driving force behind the fur trade.

(Beaver) hats off to Wayne Krefting, for his detective work in ferreting out costs and translating them into info I can grasp.