What’s the secret to welding voyageurs into a unit? 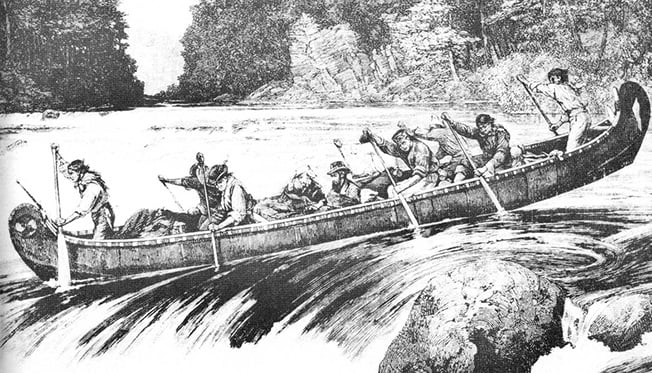 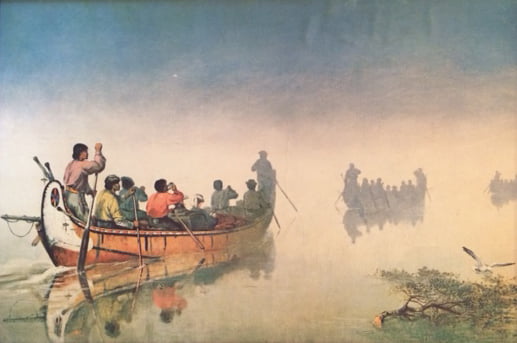 Sea shanties, sung by sailors on long journeys, have had great press lately — so you can see the tradition of work songs lives on!

But wait — there’s more. The technique worked with voyageurs as well.

Voyageurs, those jaunty hearty French-Canadian canoemen sang while they paddled their thin birch bark shells across North America. The old fur trade journals are full of comments by the bourgeois (the head partner) and their clerks. One commented that his brigade could canoe for 25 songs, or 5 pipes. With a pipe break every hour, that’s music for 5 hours, or about 20 miles (traversing lakes or rivers without portages).

Quote from an old voyageur: “… fifty songs could I sing …” 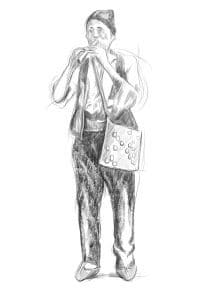 A lead singer might even be offered extra pay, like the steersman or cook, though I haven’t seen “singer” listed as a function on any contracts, like this 1801 contract of Charles Peloquin Filix.

How and what did they sing?

Up to 13,000 texts have been collected, but unfortunately most tunes are unknown. Grace Lee Nute provided the music with French words and English translations (or summaries) to 16 songs.

Instrumentalists played only in the evenings, because during their days everyone needed to paddle. Musical instruments most likely were small and sturdy — a mouth harp, harmonica or flute. Somehow a few kept their fiddles intact, given the rough handling it must have received. Their Scottish bourgeois might have brought his bagpipes. 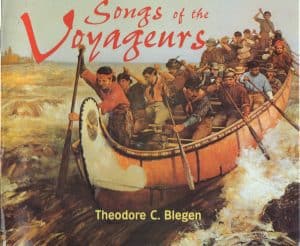 Want to hear voyageur songs? “Songs of the Voyageurs” is a CD available through the Minnesota Historical Society. Sung by the 30-voice men’s choir from the University of Moncton, New, Brunswick, Canada, it comes with an illustrated 48-page booklet written in 1966 by Theodore Blegen, the then-superintendent of the Minnesota Historical Society and professor of history. 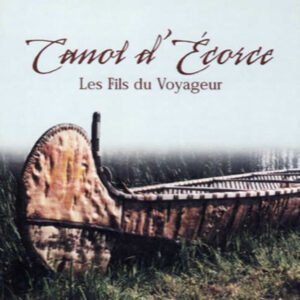 Or listen to the five voices of Les Fils du Voyageur. Their second CD is “Canot d’Ecorce” (their first, “Bien Travailler,” is no longer available except at libraries).

If you can read music and your French is good, check out this list from the Festival du Voyageur.  Or “Voyageur and French Canadian Folk Songs” arranged by Lois Samis Lund.

Sing along with them — and discover their joy. Maybe it’ll even help to make your work easier.