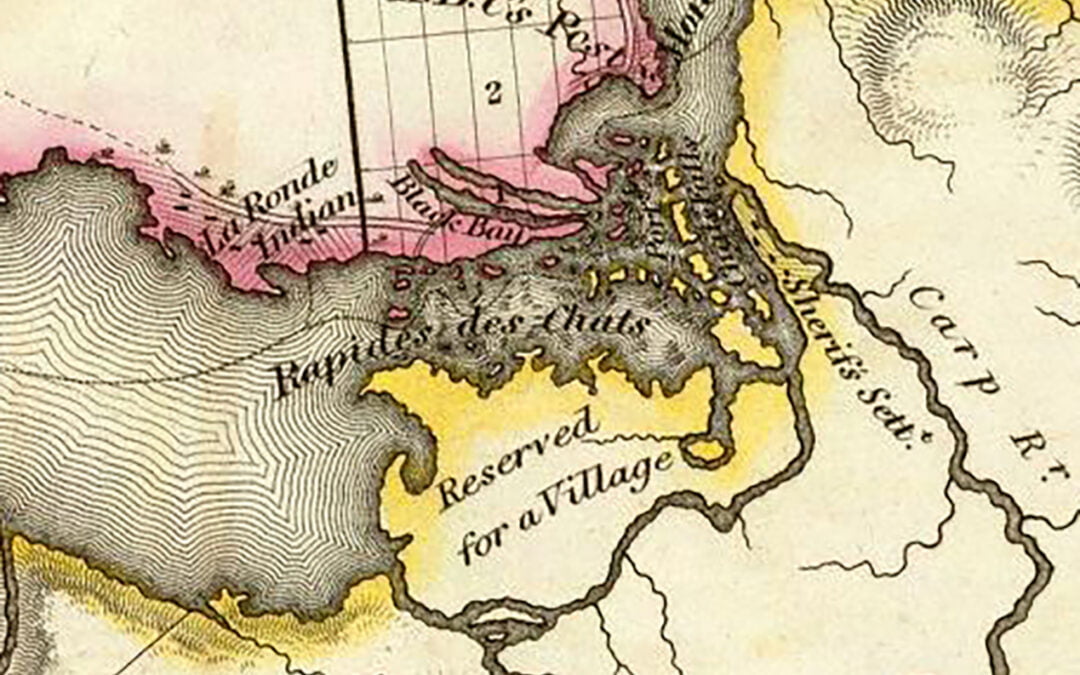 Are you dying to know what the Ottawa River looked like 200+ years ago? I am. So this 1831 map from Montreal showing the route French-Canadian voyageurs followed on their way to the rendezvous is a real godsend. WOW! It helps me clarify what Andre needs to do at each rapids: Would they tow their birch bark canoes or portage? Of course he’d dread either decision.
What fun (for me, who isn’t doing the sweating)!

Below I’ve enlarged sections so you can study the most difficult rapids: les Chaudieres and les Chats and les Cheneaux. (Or you can click on this link for a full-sized version and check out other areas.) For extra flavor in this post, I’ve added the comments from John Macdonell, a first-time fur trade clerk who kept a diary in 1793. 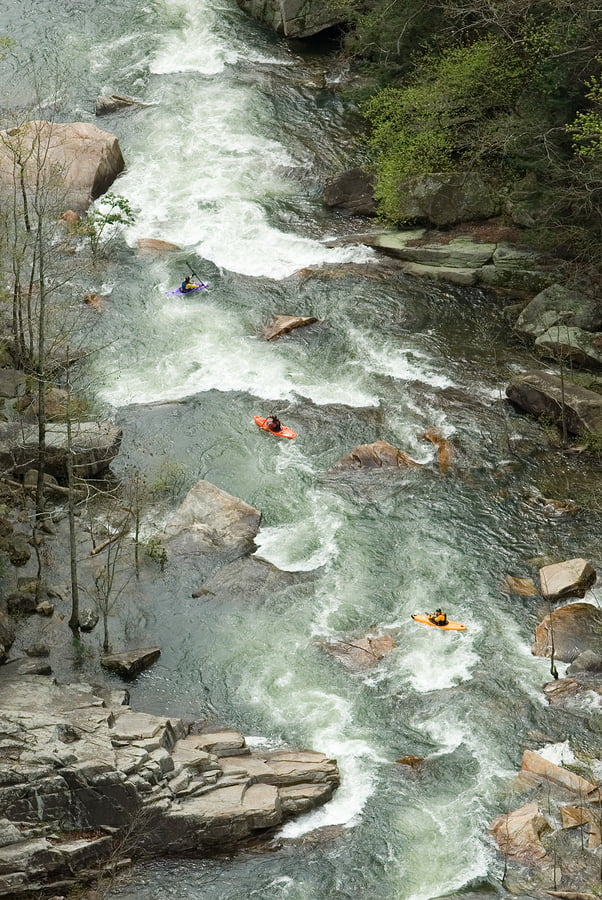 Kayakers paddle down a river filled with boulders–my characters would have to tow the canoe, called a decharge, here. Imagine trying to find a solid place for footing. Is this what the Long Sault looked like?

First I read the journals and other references. Then I examine the map and find a photo of a waterfall or rapids to imagine Andre facing that challenge. (In lieu of pix of the actual areas, I use these Bigstock images of complicated rapids from around the world.)

The first rapids the brigades hit were the Long Sault. Of the Ottawa’s 18 major portages, #2, #3 and #4 were in the Long Sault. Here’s what John Macdonell said about it. By the way, he rode and didn’t paddle, he walked portages and didn’t carry.

May 30 ~ Walked up the Long sault [rapids] which the men call 3 leagues long [a league is about 3 miles]. In it they made three portages and we slept two nights at the head of the third, where I saw the first cross or grave mark. I am told it is that of a young Christian Indian who was drowned in attempting to run the rapid in his canoe. 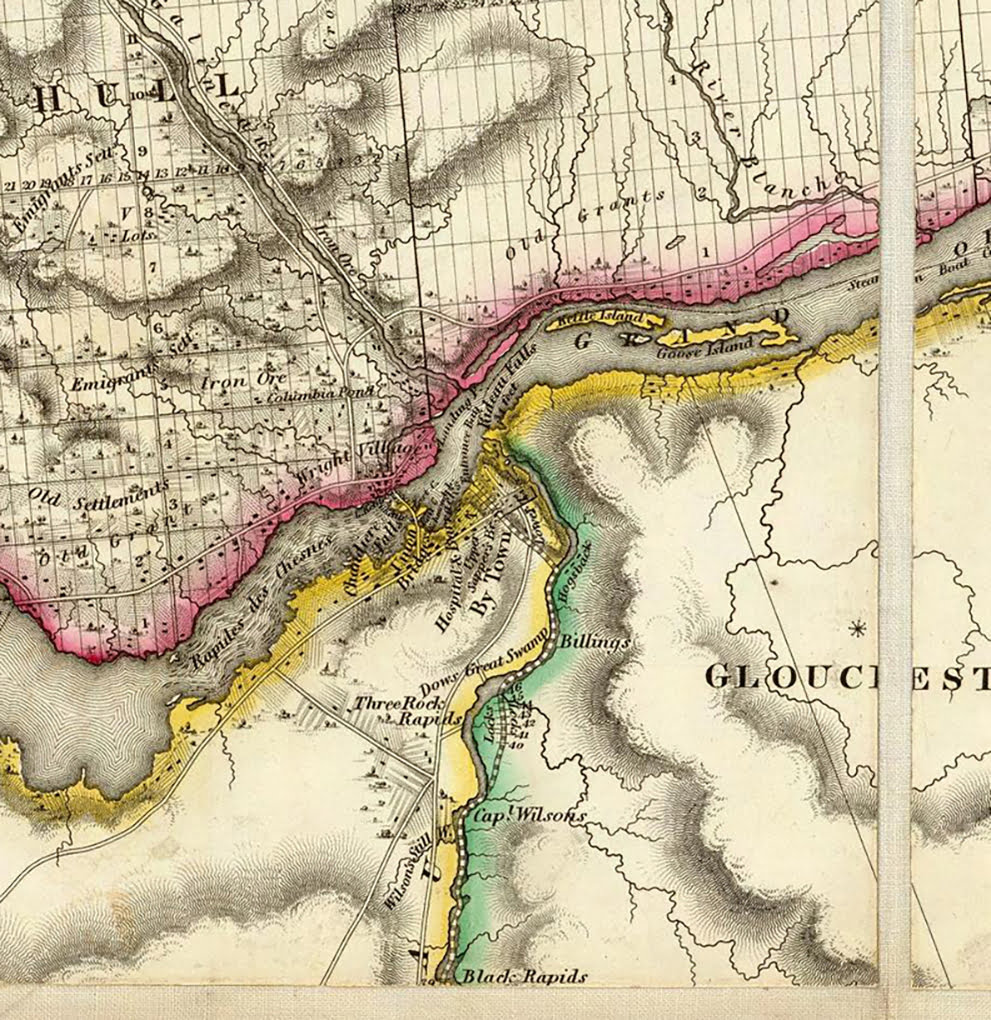 The voyageurs faced the Chaudieres, which reminded them of boiling kettles. The area required from 3 to 10 portages to navigate. Oh, look–mountains on both sides!

The Chaudieres, named for the boiling kettles they looked like, included #5, #6 and #7 of the Ottawa’s major portages. Macdonell’s crew required 10 — the river must have been raging!

“June 3 ~ Left our campment before sun-rise. The land on the south shore began to be rocky and steep from the edge of the water. At the mouth of the Rideau River, the waterfall is 14 to 16 feet high into the Ottawa River. The Rideau may be about 25 yards wide. About 50 paces from this is a second channel separated by an Island that extends to the brink of the fall. Both these channels are of an equal size and in the form of crescents. When the water is high in the Rideau, it is dangerous for canoes to pass near the mouths. A mile farther on we came to a large fall called le grand des Chaudieres. The water being high we turned to our right into a long narrow cave surrounded with steep rocks called La Cave which we ascended upwards of 300 yards to its North Western extremity and there unloaded our canoes; the shore being too steep to haul up the canoes they were brought round light to the ordinary portage at low water and from there carried to the head of the falls.

~ Mr. McLeod and I went to fish, and take a view of the Rapids [while the voyageurs toiled], but to our great surprise caught nothing. This fall is the most curious and picturesque in all the grand river. On the north shore the fall is about 10 feet high but on the south side it comes down a steep Rush or Race-way between an Island and the shore. The rock has several curious crevices in it through which the water pours with a wild appearance. There are 10 Portages following each other of this name in the space of about 5 miles and some décharges between them.” 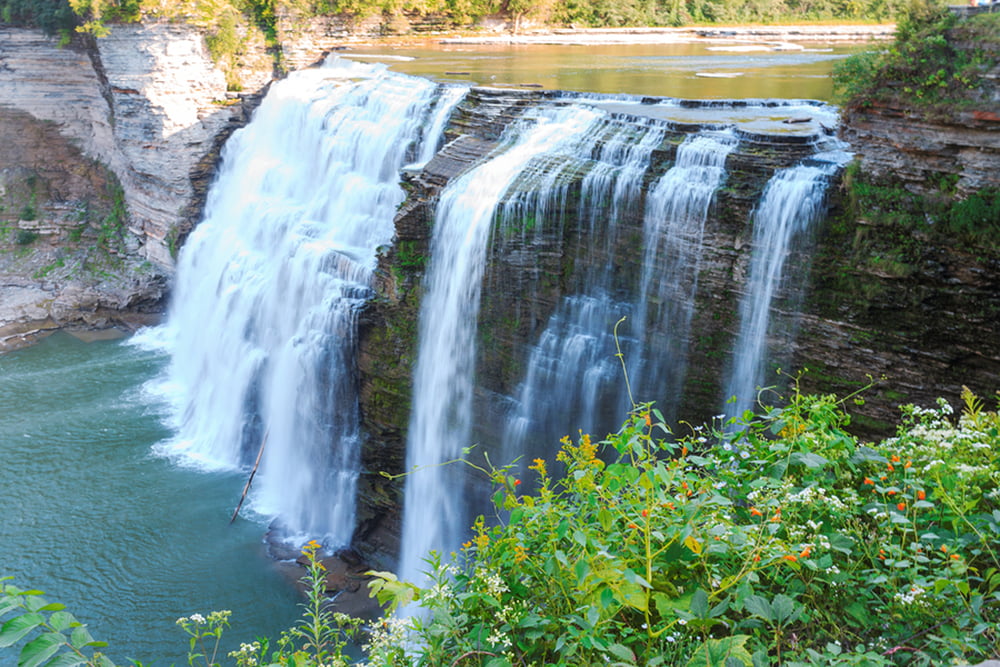 A daunting cascade to portage around.

Les Chats were named for raccoons, would you believe, not cats. Notice the mountains on the map to get a sense of the landforms—and the rise in elevation that the voyageurs portaged over. 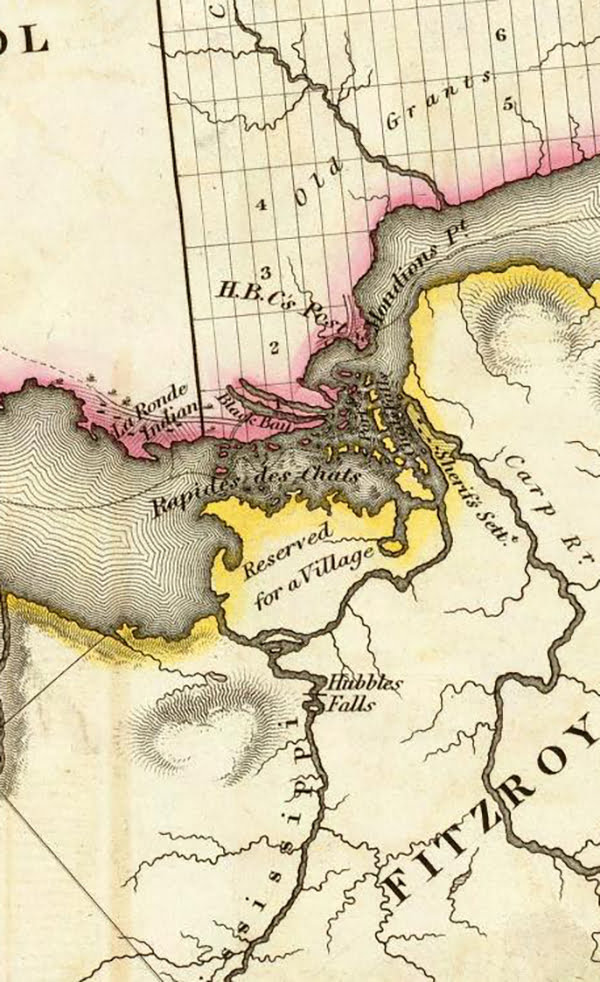 Les Chats rapids is a narrow band between two wider parts of the Ottawa River. The terrain is rising significantly and water pours in from several rivers.

“At the uppermost or portages des Chiens, [actually Portage des Chênes or portage of the Oaks], we slept. The mosquitoes intolerable.
~ Eight miles farther we came to point aux Iroquois or Pointe a la bataille, where a warriors skirmished with the Traders in former times to way-lay them. Came to Lac des Chats [for the large number of raccoons here]. Just below this portage is a pretty farm, formerly a place of trade. We took but half the cargo on board for a league [he rides while the men tow the canoe for a décharge of 3 miles] during which we voyaged among a number of small Islands divided from one another by various rapidious channels and used 600-yard lines to haul up the canoes.” 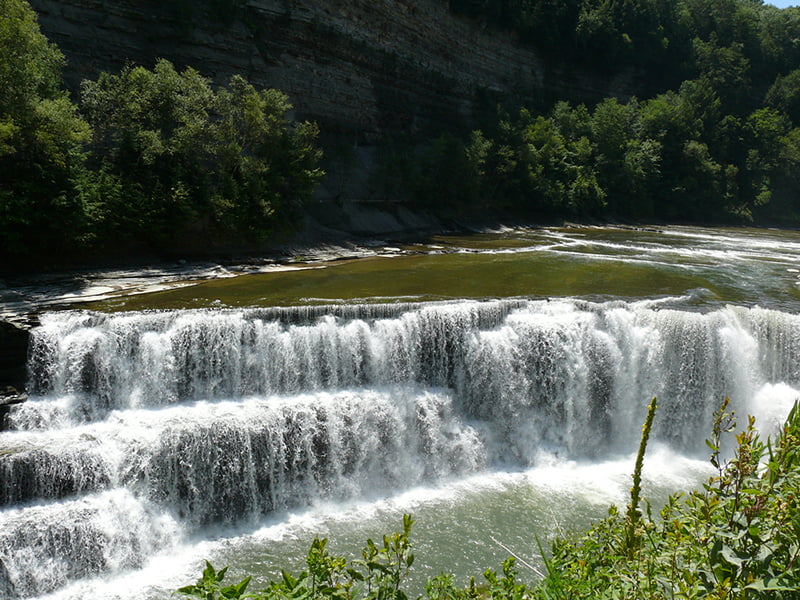 Aren’t these evocative? It puts a pit in my stomach, thinking of navigating through.

Les Chenneaux (The plural of the French for ‘channel’ is chenal, but old spellings vary)

“After gumming the canoe [before embarking on a lake, after passing a portage or rapids], we entered Lac des Chats amongst a cluster of Islands separated by channels of different sizes and strong currents frequent; There is great plenty of pine growing here on each side of us on the ridges. Passed the night at the Fort Ducharge.
June 6 ~ Made the portage. In these channels the water is sometimes swift and narrow. It would be difficult to find the route at all without an experienced guide for the intricacy of the turns and windings. The Ottawa River is known to rise and fall to great extremes. Lost half of this day to rain.”

At the end of Lac des Chats is the Chenneaux rapids, followed by the Grand Calumet, all .

Again notice the high hills at the start of the Grand Calumet. Big brigades with heavy cargoes followed the river to the right, though it was longer and included back-breaking portage #12. Small canoes could take the easier route to the left. Journals describe it as a dozen small lakes (which means a dozen small portages).

For another sense of what voyageurs faced, check out this video showing the Bigfork River into a mad torrent due to the spring melt (Hint: Turn your sound on for this.) It was posted on April 8, 2019, by the International Falls Journal.

Whenvoyageurs came to the Mattawa River, they faced another 14 portages in that 50 miles and 4 (finally downstream) on the French River before arriving at Lake Huron.