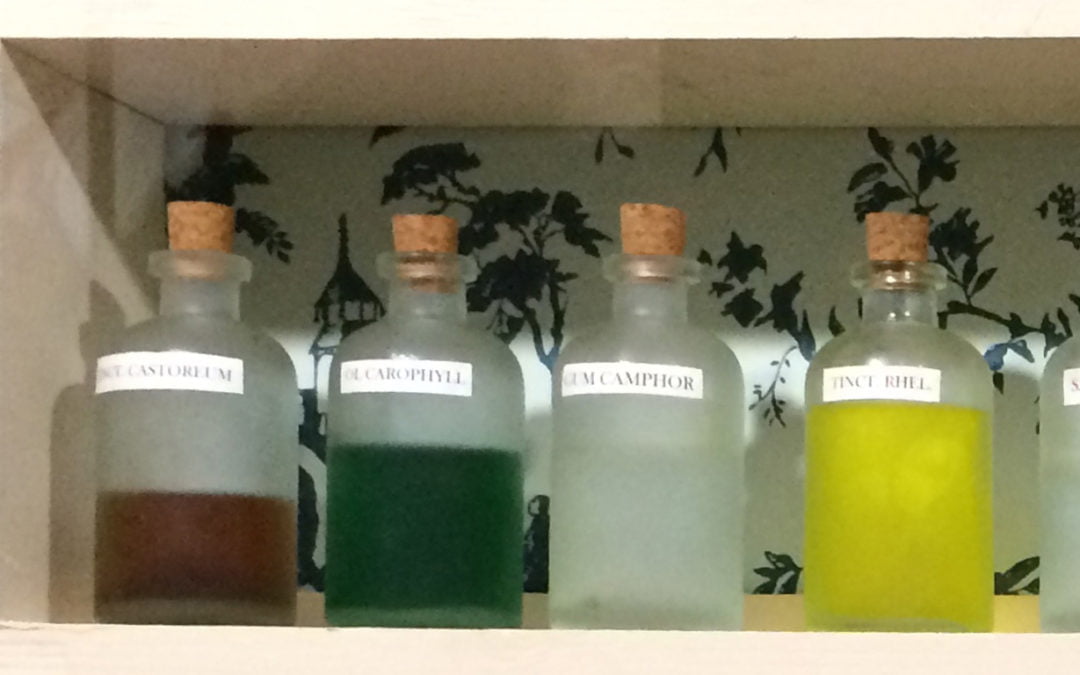 Has your concern during the pandemic COVID-19 made you curious about what medical remedies voyageurs used? It piqued my interest. Here’s what I found about their “physick.” 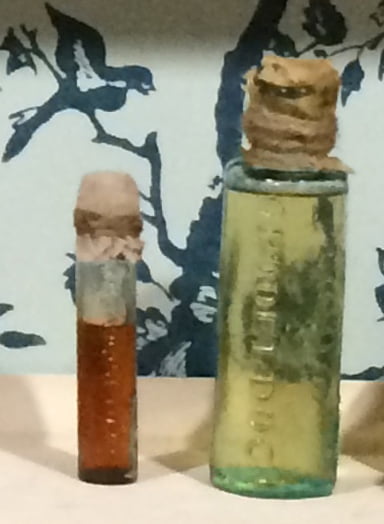 Opodeldoc and a mystery cure-all at Grand Portage National Monument.

By age 17, George Nelson was in charge of 4 experienced voyageurs wintering at a small XY Company fur trade post near Danbury, Wisconsin, in 1803-04. [Age 17!! And he’d already weathered one winter!]
Their medical kit for an entire year had “3 purges & 3 vomits” plus a small box of “theriac” which is a cure-all ointment or compound, as defined by Merriam-Webster. [Read later in this post about George’s restorative treatments.]

The “science” of that era

Vomits and purges helped balance the body’s 4 “humours” — any fluid, in humans, plants or animals — which controlled a person’s health and mood, according to the Science Museum Brought to Life:

Other humours — like mucus and diarrhea — arose only in illness, and disappeared when the patient was well. Thus “proving” that excessive humours cause illness.
If your humours were diagnosed as too high, you’d be purged with expectorants, enemas, laxatives, vomiting or blood-letting.
Blood-letting was what Andre chose in Book 2: Treacherous Waters, since the bottled medicines at his own post were iffy and the other post had traded theirs off.

At the rendezvous, “real” treatments:

The fur trade post museum at Grand Portage National Monument has dedicated 2 shelves to medical panaceas or the era. One shelf contains a tiny mystery bottle, a bottle of green Opodeldoc and a goodly stash of Dr. Patrick Anderson’s True Scots Pills and Dr. John Hooper’s Female Pills, No. 592.

Here’s what else might restore your “humours”:
Castoreum — a calming agent for anxiety or restless sleep. Women took it to start their menstrual periods or treat painful ones.
Ol Carophyll — if it’s oil of chlorophyll, it could ease pain, like for tooth extractions.
Camphor — used topically to relieve pain and itching, and helped ease fevers by inducing perspiration.
Tinct Rhei — (rhubarb root) a laxative with mild or purgative qualities, useful in diarrhea.
Sal Glauber — epsom or glauber salts were used for many ailments.
Cinnam-dum — [a mystery to me]
Pulverized Jalap — a cathartic drug from a species of morning glory from Xalapa (Mexico).
Pulverized Cort Peru — a powder for fevers or malaria.
Tartar Emetic — expectorant, used in many patent medicines.
and Pulverized Tragacanth—used both for diarrhea and constipation.

Who did the dosing?

Ryan R. Gale included a short but fascinating section on medical supplies and practices in his “The Great Northwest Fur Trade: A Material Culture, 1763-1850.” He researched old journals and original sources. [Watch for a future post reviewing the entire book.]
Gale discovered that Hudson’s Bay Company employed only 3 physicians — 1 stationed on the shores of Hudson Bay, 1 in Oregon and 1 at the Red River Settlement. Thus, each outlying fur trade post had to figure out what to do themselves. An old time fur trader, William King, reported that medicine chests had a book of instructions, “but none of the men, not even the guide, could read them.”
But that didn’t stop treatments, King noted:

“A Guide never gave a man medicine to administer to himself. He was required to fetch his painiker —a tin dish that held a pint — filled with river water, and the guide poured out what he thought to be was a dose. This the patient had to drink under his observation.” (page121)

A healing therapy that worked 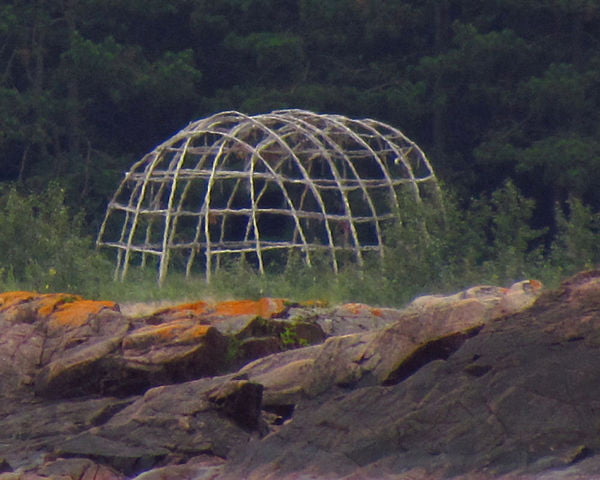 George Nelson, like all fur trade clerks, was required to keep a daily journal. His “My First Years in the Fur Trade: The Journals of 1802-1804” began when he was 15. On his brigade’s way to the rendezvous that second spring Nelson sprained a groin muscle — his right leg contracted with his heel pressing on his ham. He couldn’t straighten it or walk. Apparently, his post had obviously used all of their purges and vomits so his crew went to Plan B:

“The men got me some ‘Pembinat sticks’ which the americans call ’High bush cranberries’ the bark of which they scraped & put into a quart of water on the coals to boil. I drank it all & purged me copiously. The next day I infused another quart full, & drank it. It operated powerfully, both up & down…”

But his leg was still painfully contracted. When they reached Portage St. Croix, George had to cross the mile by crawling. It took him several hours.
Plan C — his men built a sweat lodge:

“They made a Vapour bath, after the indian mode … a little lodge about 3 feet diameter, which was covered with blankets, capotes, skins &c. &c. to keep the air out.
”Into this I crawled, stripped naked: then they put in our large kettle full of young cedar, pine & Spruce, & covered me up. The Steam of course completely enveloped me. After about 20 minutes they put into the kettle 2 or 3 red hot stones. I thought the Vapour would scald me.
“I was at least a half an hour in there before they would let me out. I was gasping for breath & nearly suffocated. … [Afterwards] I felt neither pain nor stiffness, but very weak from such profuse perspiration.”

This treatment worked!
“My leg was as strait as a limber as if it had never been affected. O I was glad! But was I grateful?” (pages 80-83)

So, a sweat bath cured him! [In my circles, a sauna cures everything.]