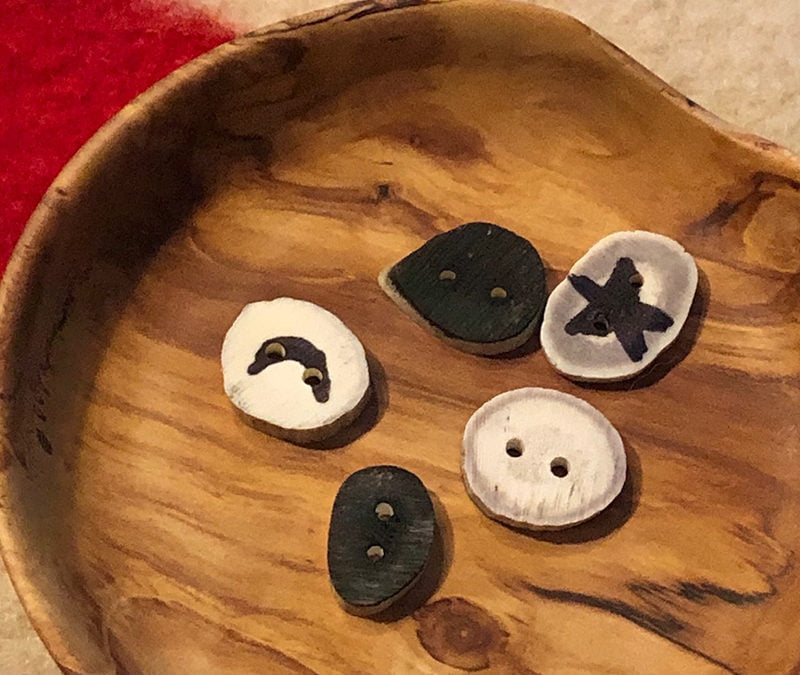 Though I’m not much of a betting person, I’ve put money into raffles, Superbowl boards, pay stub poker pots and lottery tickets — and won! Most of us enjoy taking a chance on occasion. While casinos are a relatively new phenomena in the Native American world, gaming isn’t. Both indigenous men and women played games of chance!

So did voyageurs who worked hard and played just as hard. Besides an array of games on a checkerboard, voyageurs played dice and card games, because they only required small and portable items that canoemen could easily tuck into their personal packs and stay under the 40-pound weight limit. 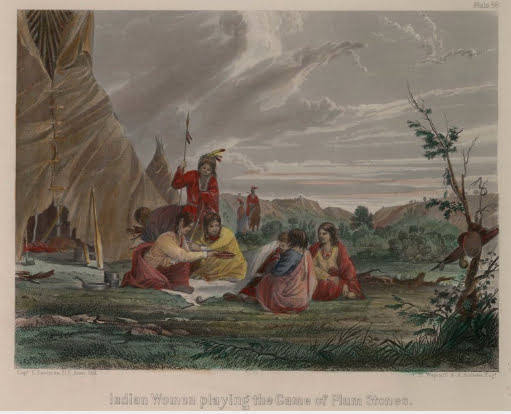 First Americans played some of their games of chance with fur traders. Sacagawea came to Toussaint Charbonneau when he won a game of chance.

Fun Fact: Because these games use pieces that are tossed and fall in random ways, they’re called “dice” games. Dice games have been found among 130 tribes using 30 different languages throughout North America for generations. Game pieces were made from wood or bone, pottery, animal teeth, nut shells and stones from fruit. Variations exist in the markings or in scoring.

Fun Fact: Seth Eastman (1808-1875) was a mapmaker and artist served with the U.S. Army at Ft. Snelling, Minnesota Territory, from 1830-33 and from 1841-49. In 1830 he married a Dakotah woman with whom he had one child, Winona. Winona’s second child, Charles, was certified as the first Native American medical doctor.

Here are two Native American games of chance, one originally played by females and one by males. 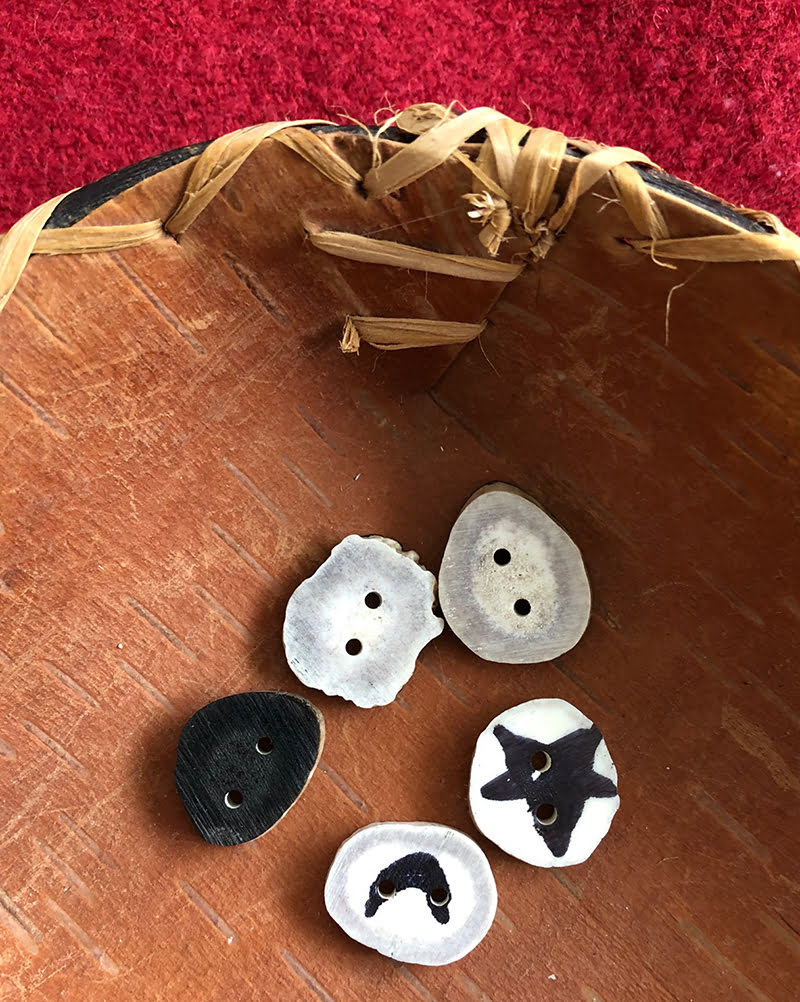 This toss of the Plum Stone game earns no points.

Originally for 2 players, the game could be extended to more.

Game pieces can be anything flat which can be marked — plum pits, antler slices, wood chips or stones. Two pieces are blackened on both sides; a crescent moon is scraped (or painted) on one side of each and a star on the reverse of each. Three pieces are each blackened on one side and the other side is left plain. 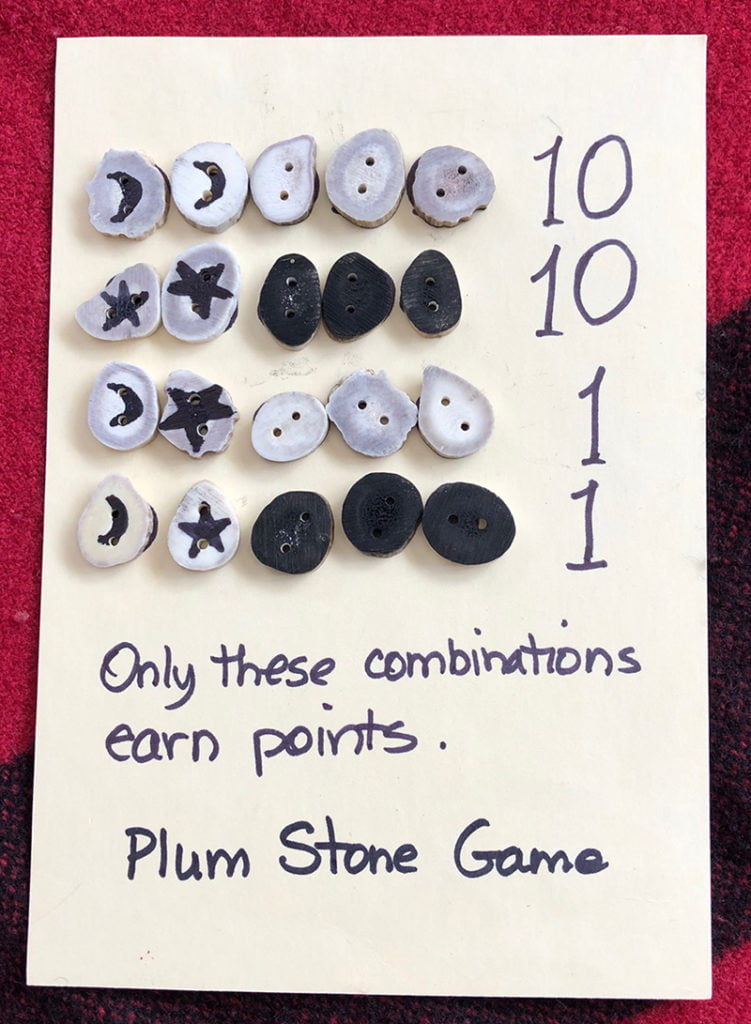 Use the counters to keep track of the points each person has.
To win: The game is played to 100 points or another agreed-upon score.

Fun Fact: The Plum Stone game was played exclusively by women in many tribes across the Plains, among them the Dakota, Cree, Omaha and Illinois, who varied the scoring. This version comes from the Omaha tribe. 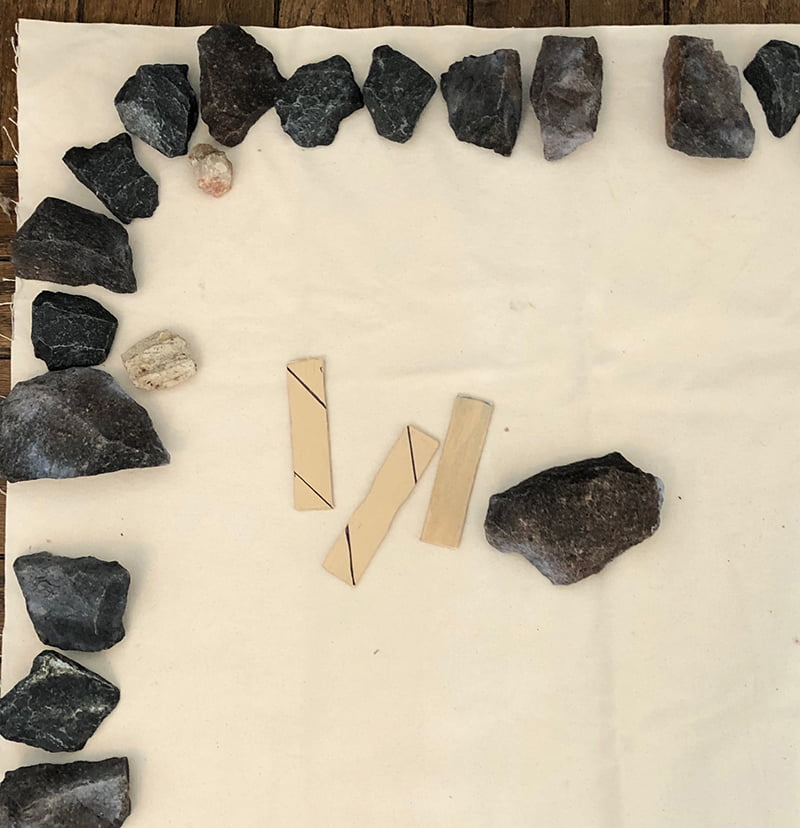 With this toss of the Pa-tol Sticks, the player’s horse can advance 3 spaces, but it cannot “kill” the other horse and force its return to start.

The Pa-tol Stick Game may be played by as many players as fit easily around the circle.
Needed: Three specially-marked wooden sticks (see preparation for how-to); a flat stone about 6 inches in diameter; 40 stones as big as a fist; a marker for each player (a “horse”) such as a twig, stone, nut shell or antler.
Preparation: The wood for the sticks should be hard, 3-4 inches long, 1 inch wide and 1/4 inch thick. Two sticks are plain on one side, with a pair of diagonal lines on the reverse. One stick has the same design on one side with an additional line crossing it.
To set up: A circle, called the Pa-tol House, is made by placing the 40 stones in a circle about 3-4 feet in diameter. Between every 10th and 11th stone, leave an opening of 4-5 inches. The openings, known as “rivers” face north, south, east and west. The flat stone is placed in the middle of the circle.

To play: The first player takes the 3 Pa-tol sticks in one hand, lifts them to chin-height and drops/thrusts them on the center stone. Players earn points and move based on the following diagram: 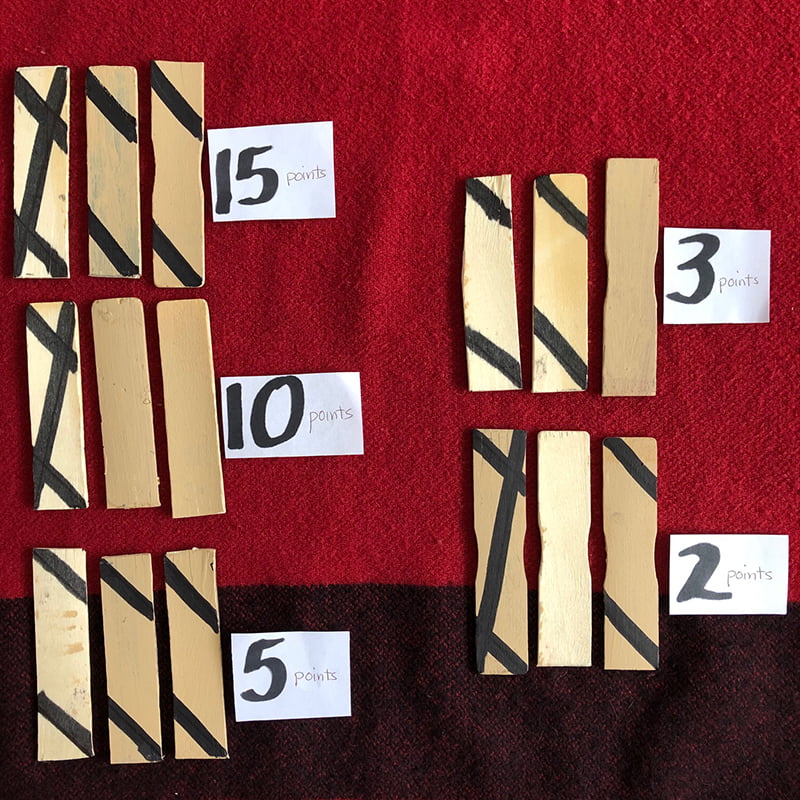 Using any one of the rivers as a starting point, a player moves the “horse” that number of stones around the circle. For example, a player earning 5 points places the horse between the 4th and 5th stone. That person’s turn is now over. A throw of 10 puts a horse in the second river — and gives the player another throw.
Other players may choose a different river as a starting point, or start at the same place. They may travel the same direction or the opposite direction*. Either way, they should try to get their horses in the same space as another player. That “kills” the first player’s horse and forces it to go back to the starting point. The next players have their turns. The one forced to the beginning can play again on the second round turn. The more players, the more complicated the game.
To win: The winner is the person whose horse navigates the entire circle without being killed.

*Expert players may choose to move in the opposite direction, as more skill is needed to kill or avoid being killed. 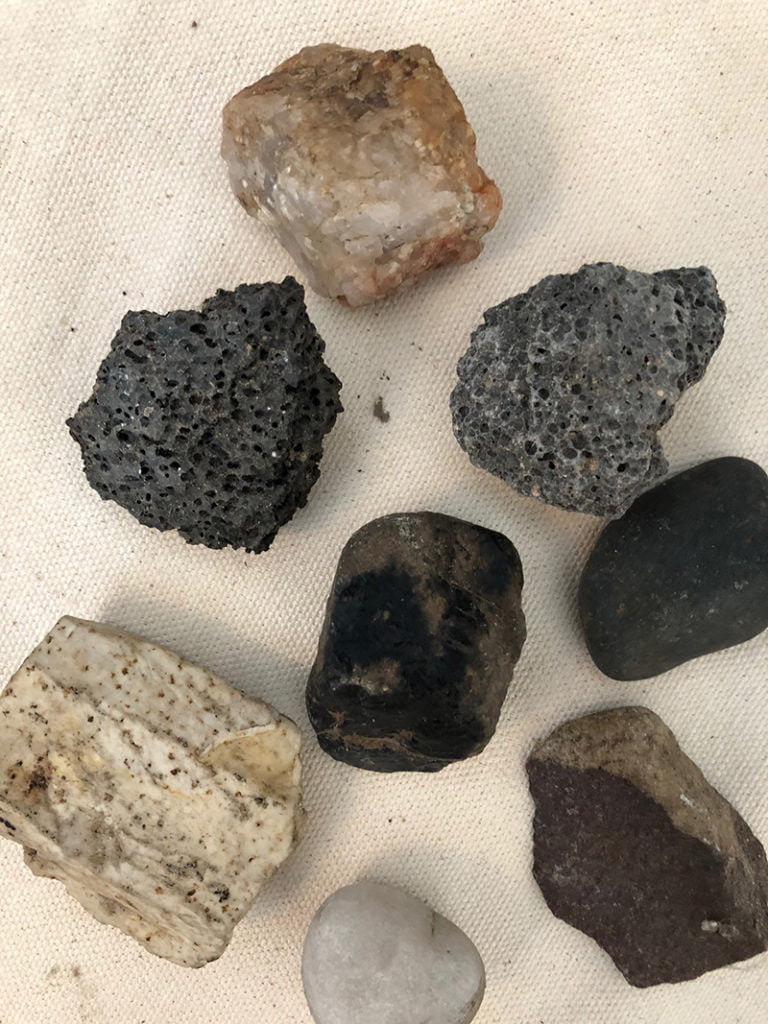 “Horses” or game markers for Pa-tol can be stones, pieces of wood, nut shells, antlers or anything which is distinctive.

Fun fact: The game of Pa-tol comes from Pueblo men and was played traditionally only by men. Among prairie tribes, the word for a “point” made in this kind of game is derived from the word which indicates an honor won at a battle.

Try these games. Let me know who won. Maybe they’re the precursors of casinos operated by various tribes.
Voyageurs were truly a fun-loving group. Pork-eaters and winterers alike entertained themselves with:

And competitions you shouldn’t try at home: