A short history of the fur trade era 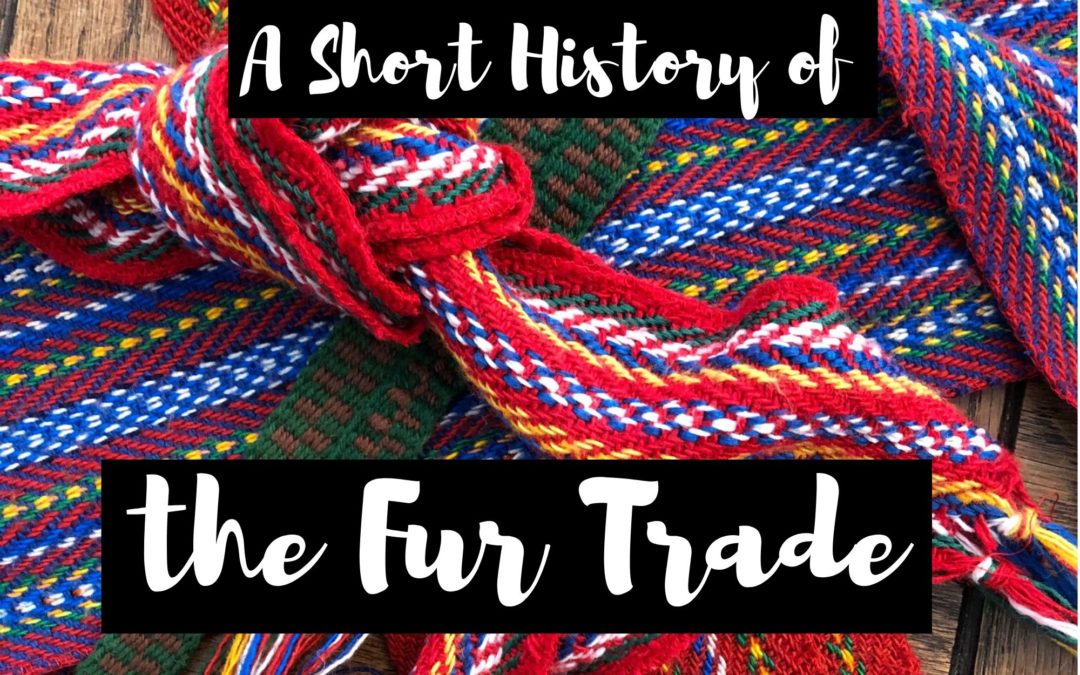 I get confused as to the timeline of events in New France–when were the first explorers out there, the major wars, the big fur companies. (Maybe I was sick that day in school. Maybe you were too?)

So I decided I needed a short “cheat sheet” to refer back to. Here are a dozen of the important events, like threads, which became braids–or knots, which became sashes, which eventually were tied together and became one giant company. It amazes me that the Hudson’s Bay Company, formed in 1670, is still a viable active force in commerce. 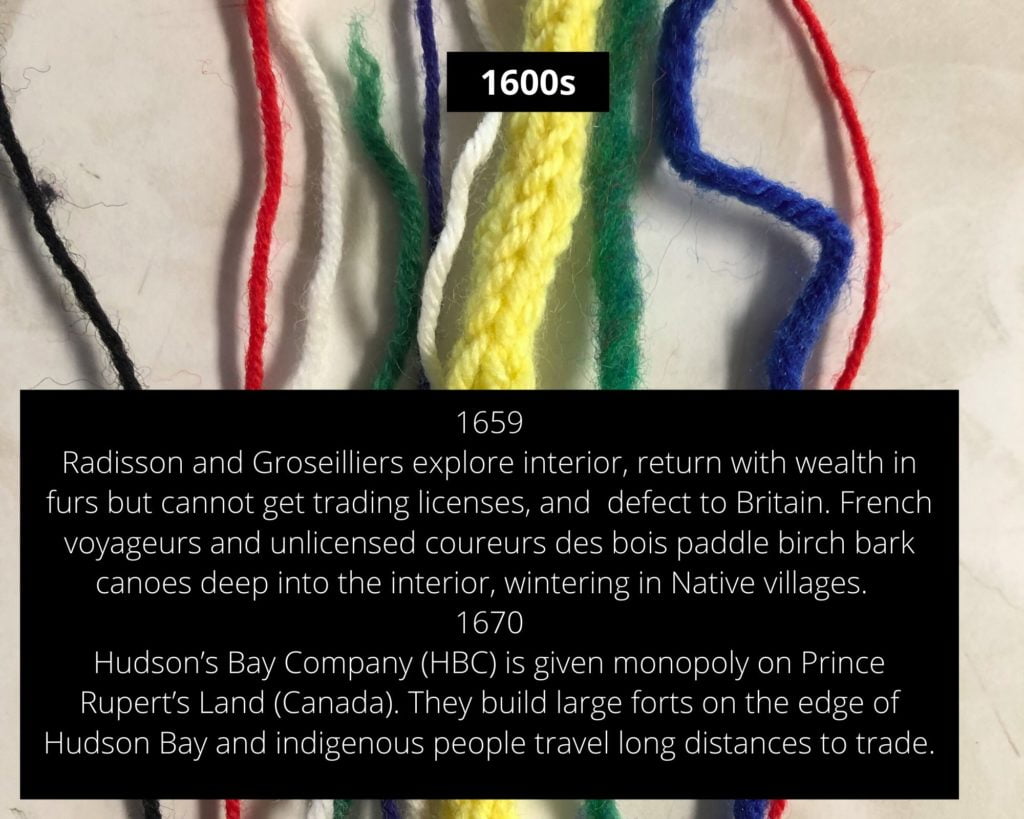 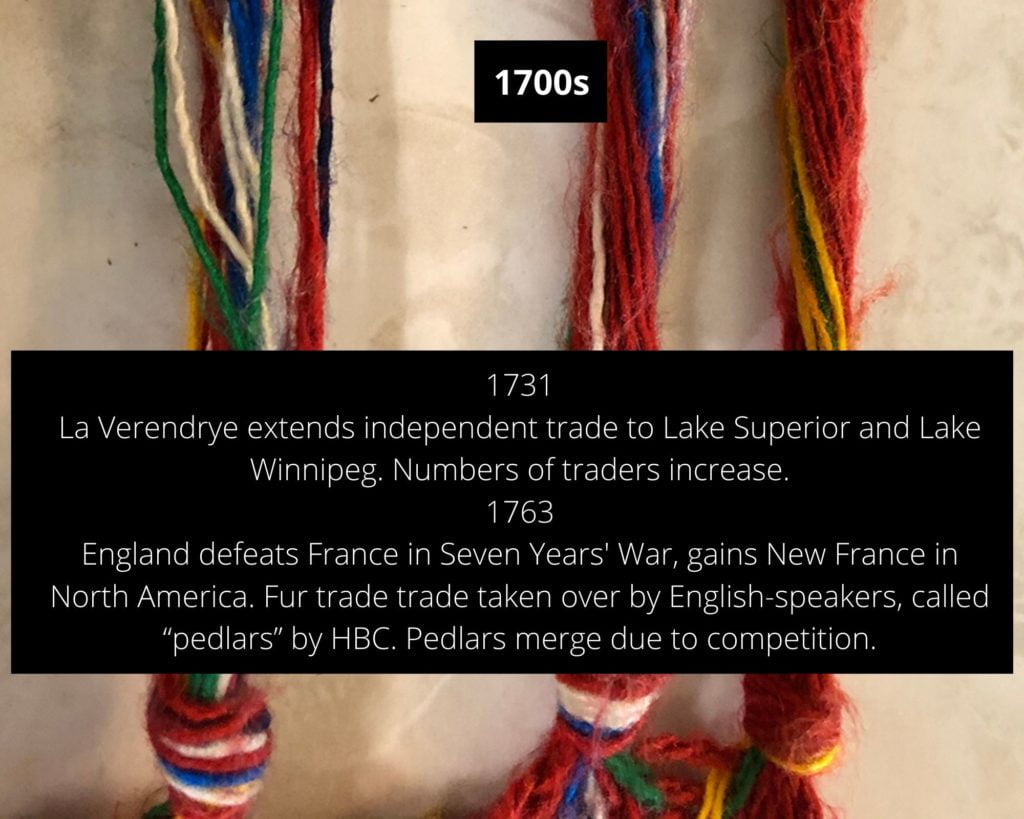 The beaver pelt, called a plus or plew, becomes the standard currency. The goods to be traded with Native Americans come from a widening area. 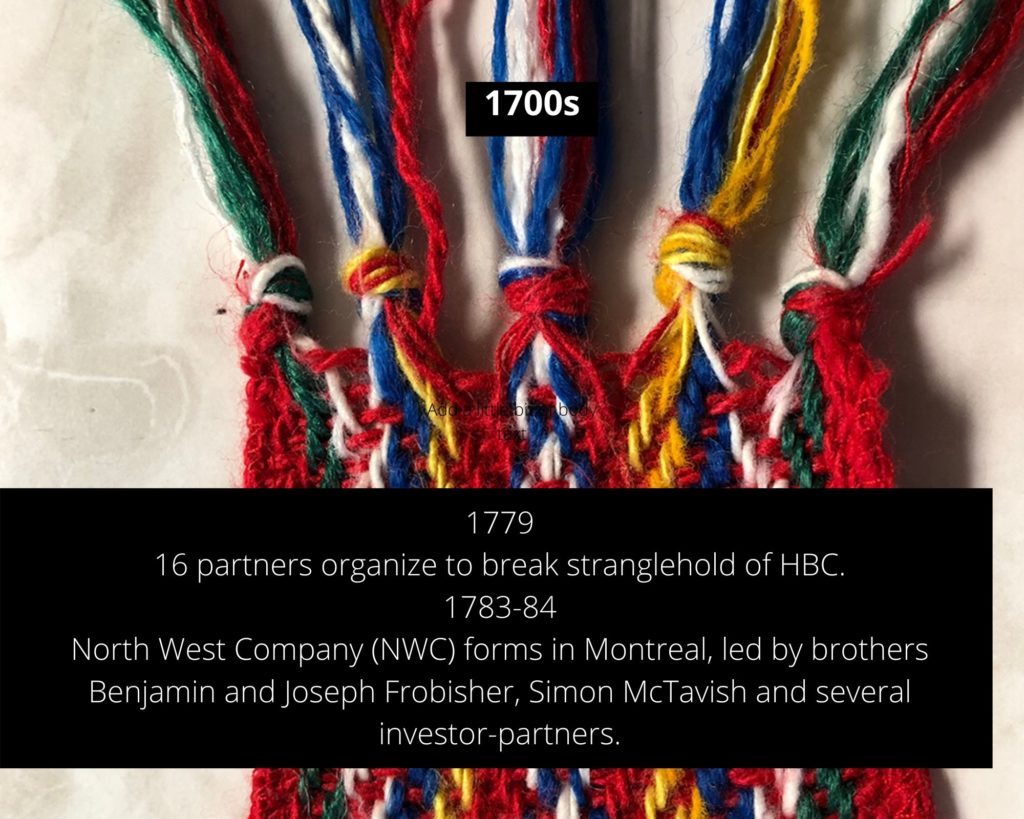 Those men loosely organizing as partners also include John and James McGill, Thomas, Benjamin and Joseph Frobisher, Isaac Todd, Alexander Henry the Elder, and Peter Pond, who’d been exploring south into Minnesota area and north as far as the Arctic Ocean (and implicated in several murders).. 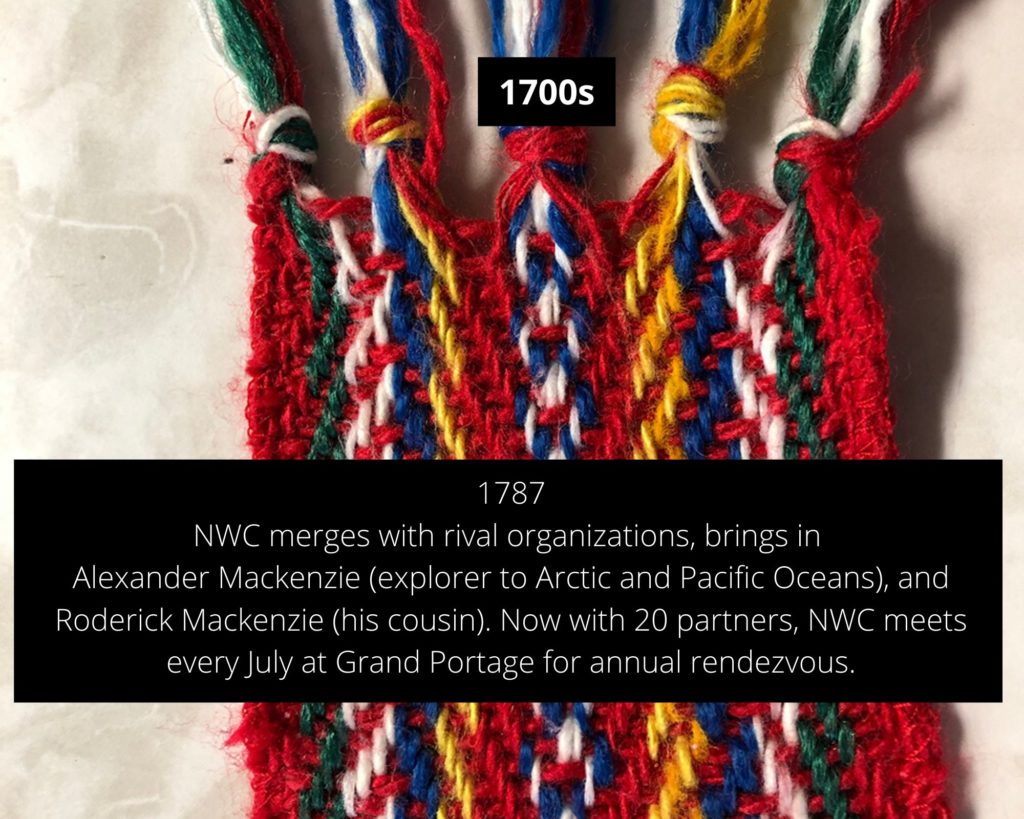 The North West Company realizes that the Grand Portage is actually in United States territory, but that fledgling country is battling Great Britain and can’t patrol its borders, or collect the taxes due on the furs being traded within their lands. So the fur trade continues and they start a search for where else they might rendezvous. Not until 1803 do they move to Canada. 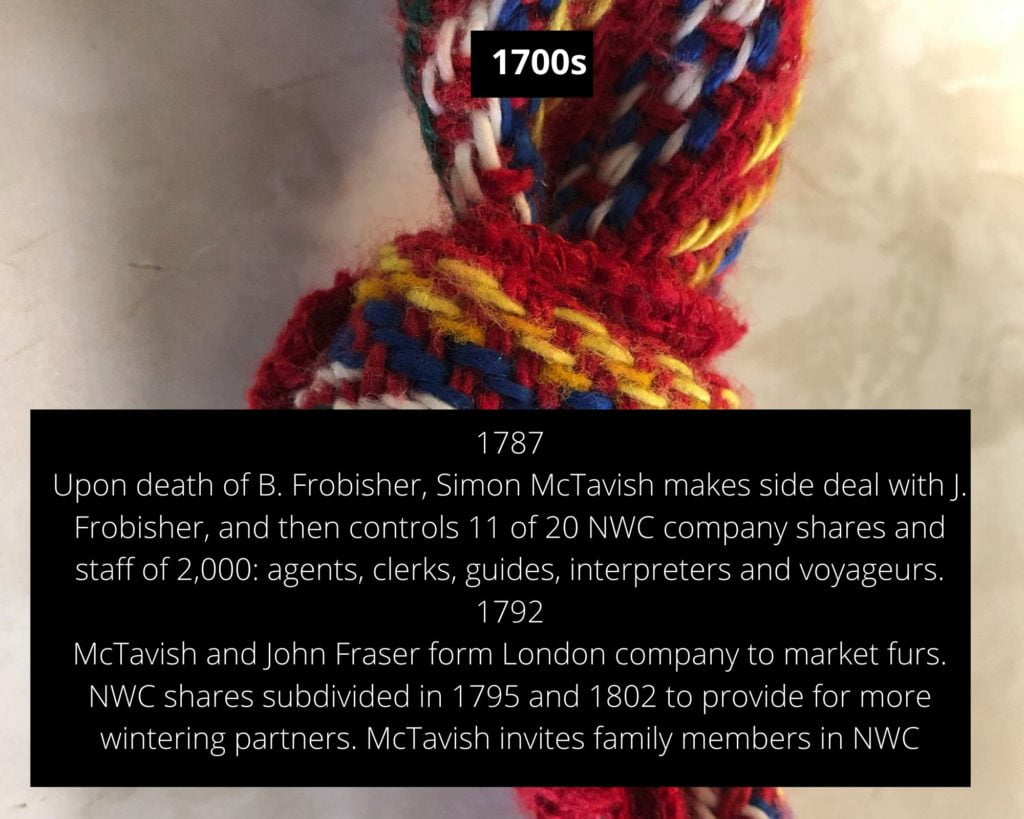 Now Simon McTavish really gets going. Family members who now are part of the NWC include Charles Chaboillez (brother-in-law), nephews William and Duncan McGillivray, and several cousins. The nephew William McGillivray is groomed to succeed McTavish as director. 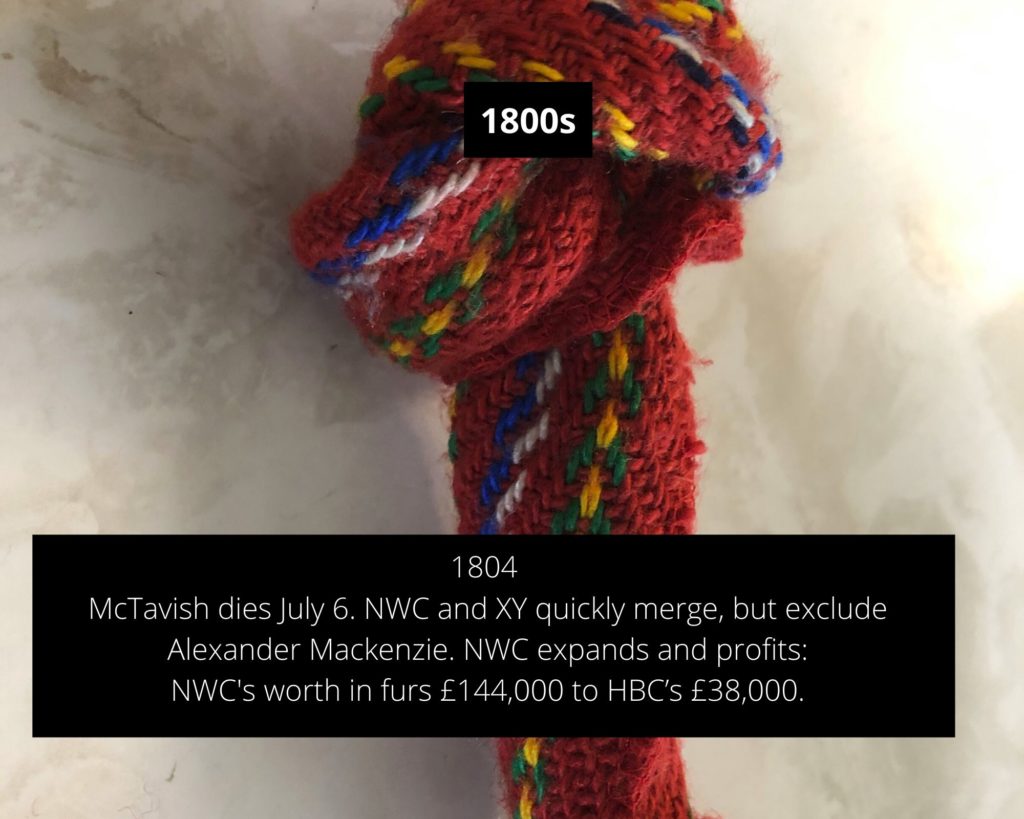 HBC can bring furs to market one season faster than the NWC and the XY Company, which need up to 3 years to receive financial returns from the pelts. The competition is fierce for the limited suppliers and pelts. 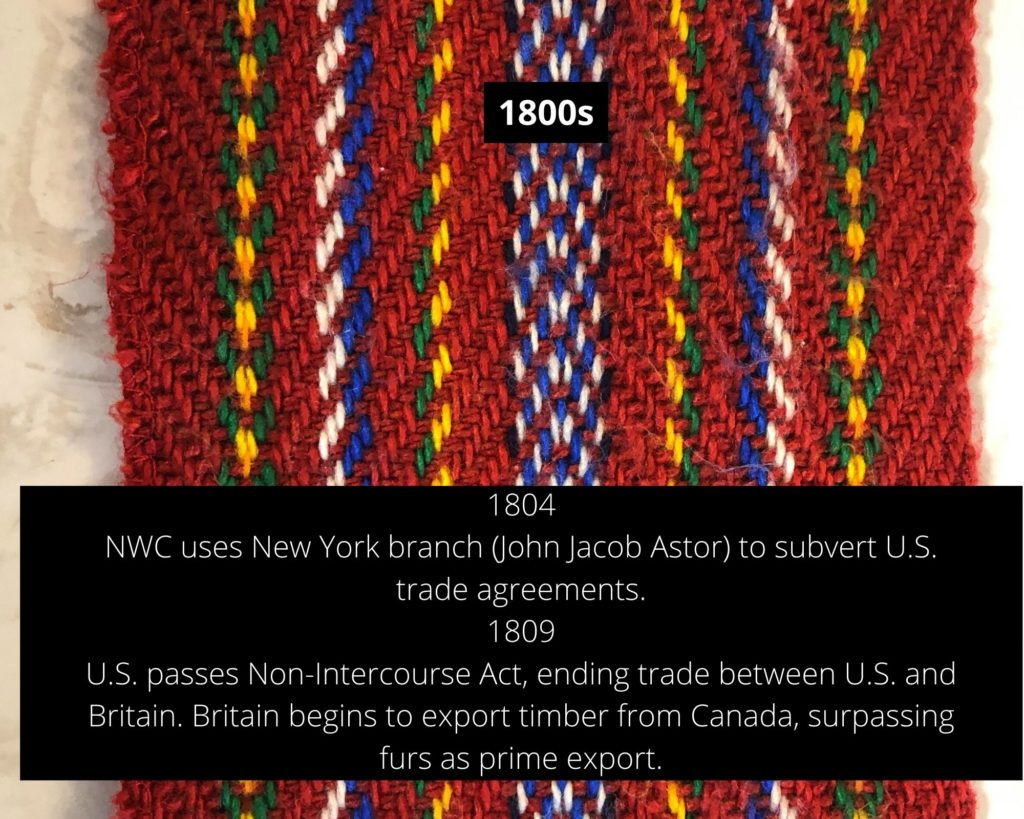 John Jacob Astor is partner to and organizes many fur companies which can legally operate in the U.S.: Pacific Fur Co., American Fur Co., Southwest Fur Co., and others. He becomes America’s first multi-millionaire. When Simon McTavish dies, the NWC and XY companies merge, but exclude Alexander Mackenzie.Now there are only 2 main rivals. 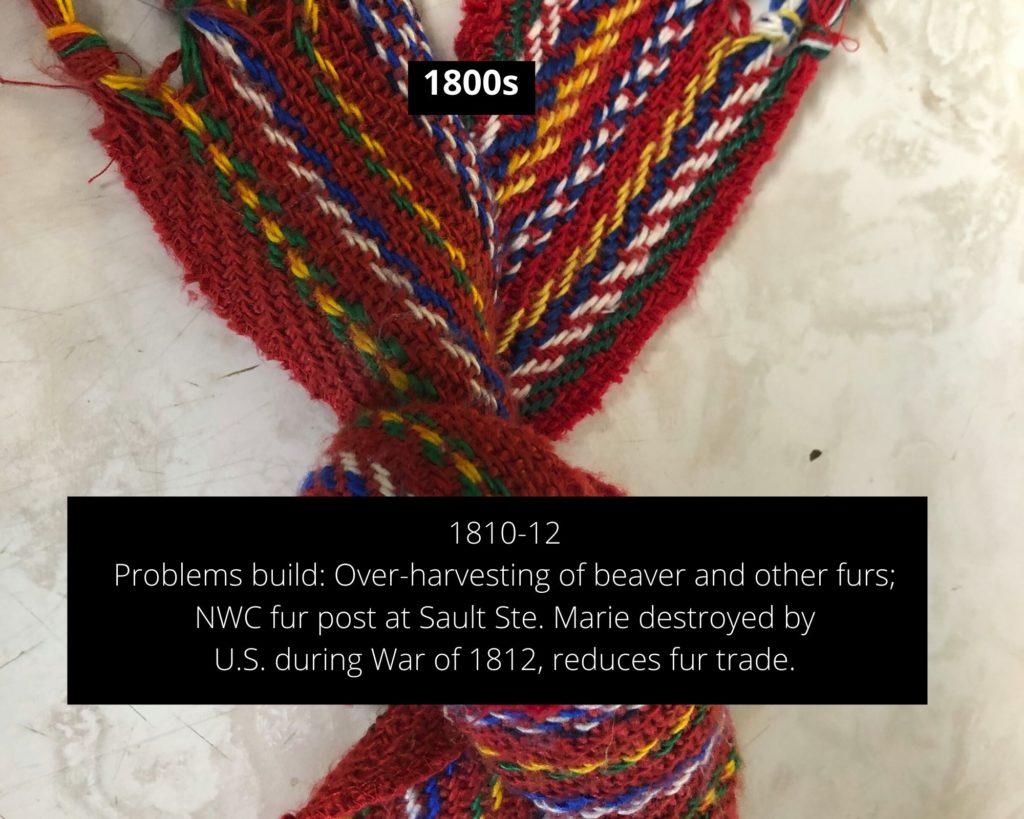 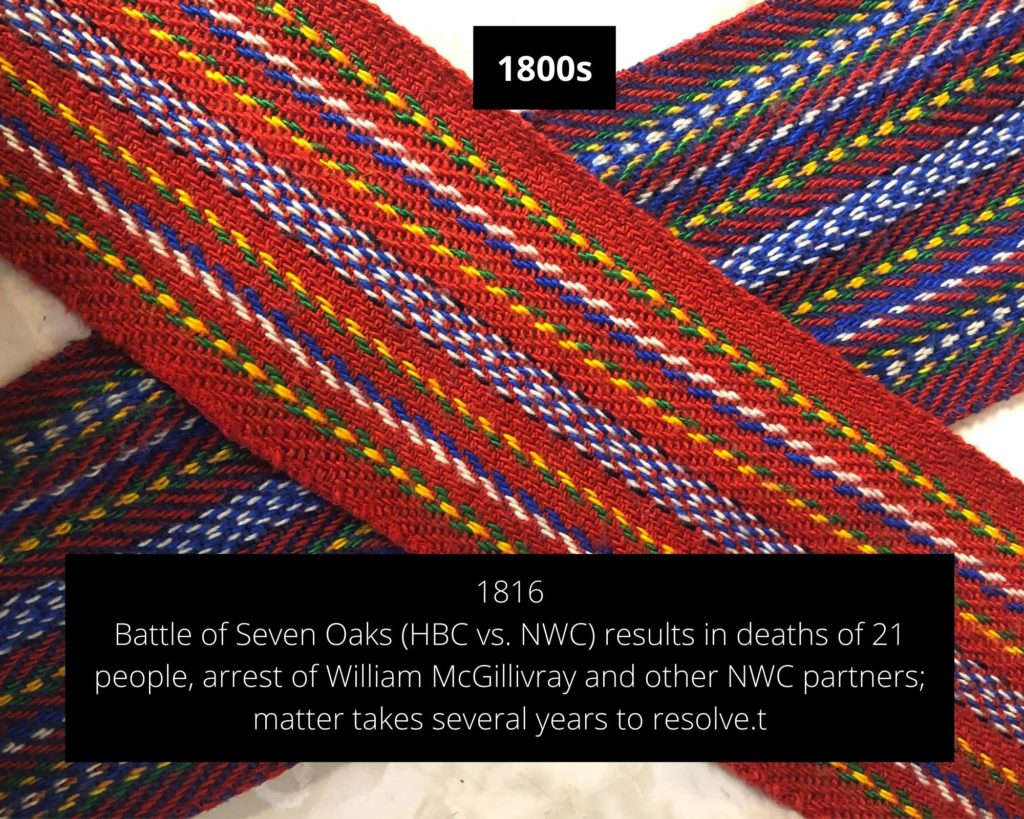 Lord Selkirk tries to found a colony, but had not prepared for the new settlers. Additionally, the area he’s chosen to site them blocks NWC’s supply lines. The fur trade didn’t end then, but began losing steam. Silk top hats became stylish. Other means of shipping, including railroads, cut into the  birch bark canoe brigades. The fur business continues to this day, but in a much different manner.

Final thoughts, now that you know these swell facts: