French-Canadians help the Corps of Discovery 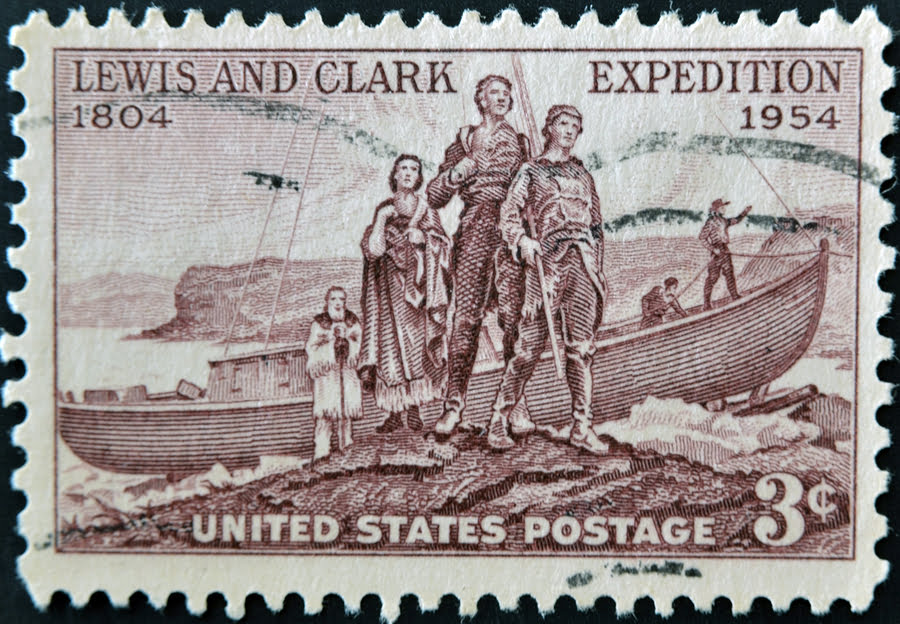 In all my reading about Lewis and Clark, I never paid attention to the French-Canadian role on the expedition. Guess what we’re going to do today?

Starting with President Thomas Jefferson, who read Alexander Mackenzie’s 1801 book about his 1792 overland expedition across Canada. Jefferson immediately made plans to reach the Pacific and trained his personal secretary Meriwether Lewis to lead a Corps of Discovery.

Lewis chose William Clark who recruited volunteer soldiers in Kentucky and Indiana — mostly Scots and English. They still needed experienced boatmen to paddle, row, tow or pole up the Missouri River to their winter post.

They found the ideal men in St. Charles, Missouri.

What nationality were these “hirelings,” as Clark wrote in his notes?
French-Canadian!

Discovering Lewis & Clark is a complete and authoritative site, with a section that tells more about these Missouri River Boatmen. By 1800, a substantial French-Canadian community lived along the Missouri River, men who had worked as voyageurs as well as having other skills — blacksmiths, coopers, trappers, hunters, ferrymen, farmers. For L&C, “boatman” was the desirable listing on their resumes.

However, they were a group apart, due to the barrier of language and culture. Because they were civilians assigned to the Corps, a lower standard of record-keeping applied to them. And, being assigned to the red pirogue isolated them.

On July 4, 1804, Clark made a roster in his field notes, listing engagés assigned to the red pirogue, also called the French pirogue. (Spelling wasn’t his strong suit so you have say them aloud to get the names.) 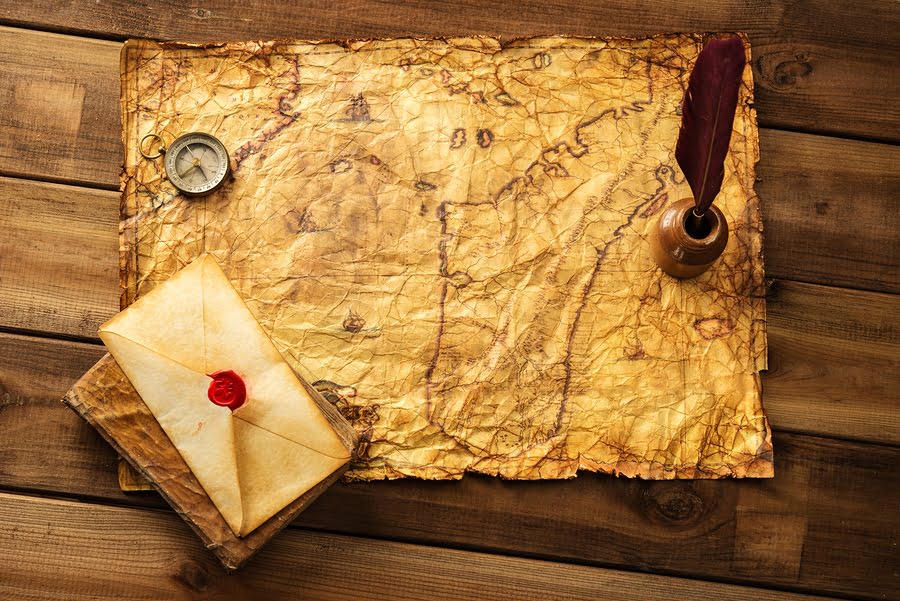 Both Lewis and Clark mapped the route and kept daily diaries as did a number of the men.

After Clark’s list, in brackets I’ve listed [their actual names]

Battist de Shone [Baptiste Deschamps]
private in US Army at Fort Kaskaskia; recruited to be skipper of the red pirogue and foreman of French contract boatmen.

Joseph Le bartee [Joseph Liberte]
private in US Army Fort Kaskaskia; deserted and did not accompany expedition when it departed Camp Dubois May 1804

Lasoness [Baptiste La Jeunesse]
US Army private, no record of his service or discharge

E. Cann [Alexander Carson?]
lived among French-Canadian for many years

Clark names three men assigned to special boat positions, La bartee (mentioned above) to the large keelboat, and as bowmen: 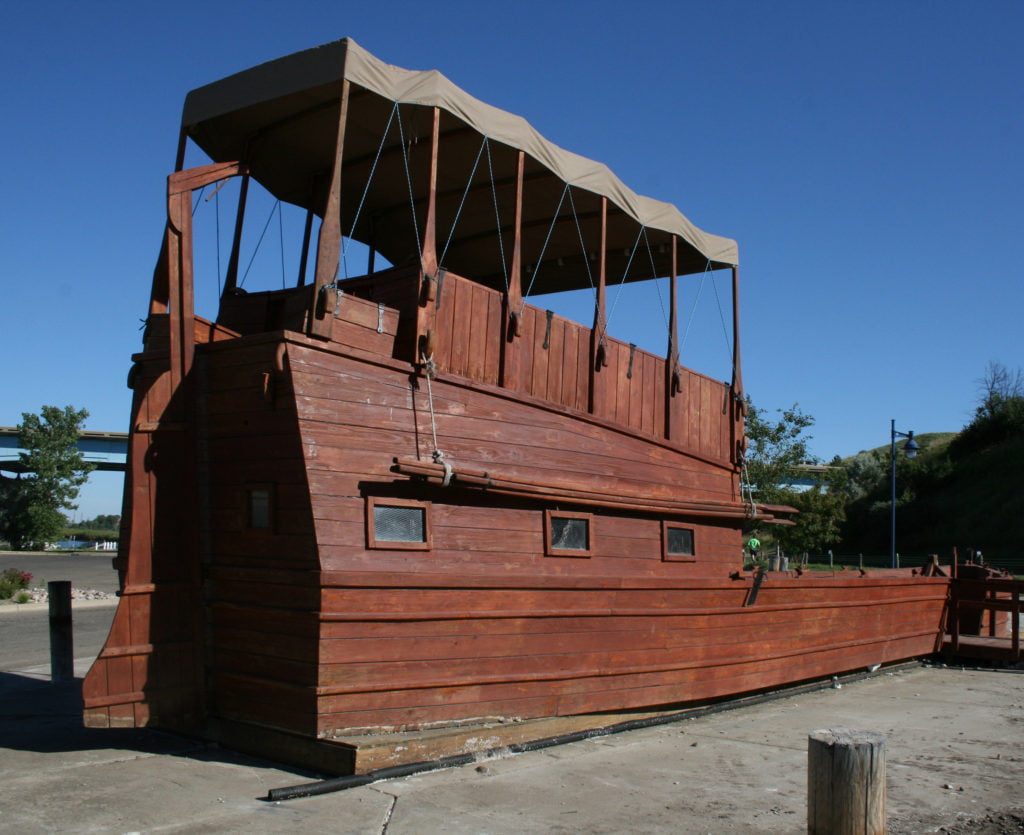 Lewis and Clark’s keelboat, which was 55 feet and needed a crew of 27, is much larger than the red pirogue, 41 feet long with a crew of 8.

Both privates served in the 1st squad, under Sgt. Nathaniel Pryor.

George Drewer [George Drouillard] “hunter and 4 horses,” interpreter
Mr. Dueron [Dorion] “interpreter for the Sues”
and other men — and animals — to complete the entire roster of the trip:

3 Sergts & 23 men for the Boat
1 Corporal & 4 Priavates in a Pirogue to be Sent Back from Plate [Platte] River
Capt. Lewis my self & York

When they reached the Mandan villages the Corps added:

Pvt. Jean-Baptiste Lepage
fur trader recruited at Fort Mandan in 1805, hired to replace a mutinous Pvt. John Newman. At age 43, the oldest member of the expedition. He had already explored the Black Hills and Little Missouri River areas.

Toussaint Charbonneau — interpreter, cook, negotiator, though Sacagawea is NOT named here! (I’ve written more about Sacagawea and Charbonneau — they each rated a blog post a few weeks back.) 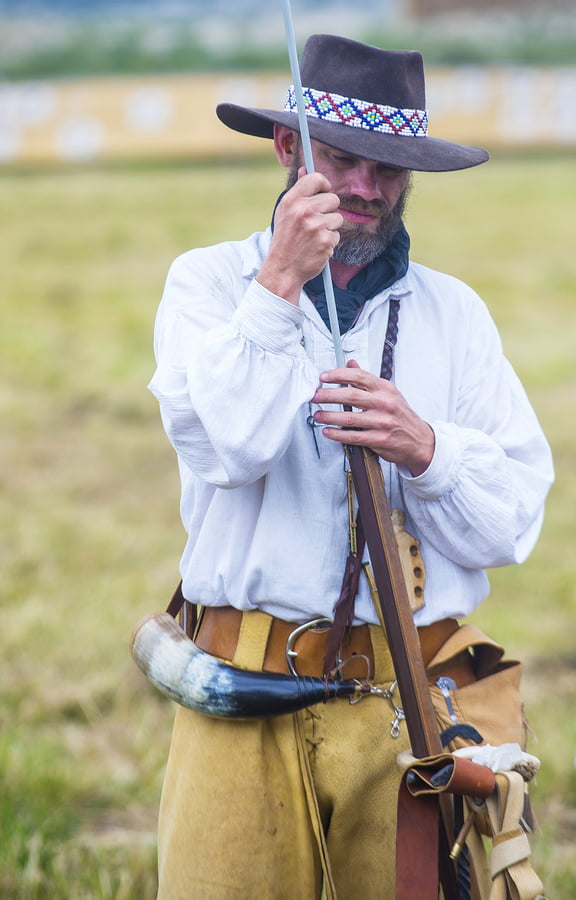 The men from St. Charles, Missouri, were dismissed after wintering in Mandan. Some returned home, others stayed with the tribes.

Others boatmen who contributed to the expedition include:

This group of boatmen were discharged at Fort Mandan in April 1805 when the expedition headed west, though several stayed, and some met the returning Corps of Discovery.

Without the skills of these French-Canadians — Drouillard as a hunter, Cruzatte’s fiddle to lighten their mood, Labiche’s ability to read the rivers and determine the best course, and all of the men who paddled or portaged the gear in the red pirogue — the Corps of Discovery might not have fared as well.