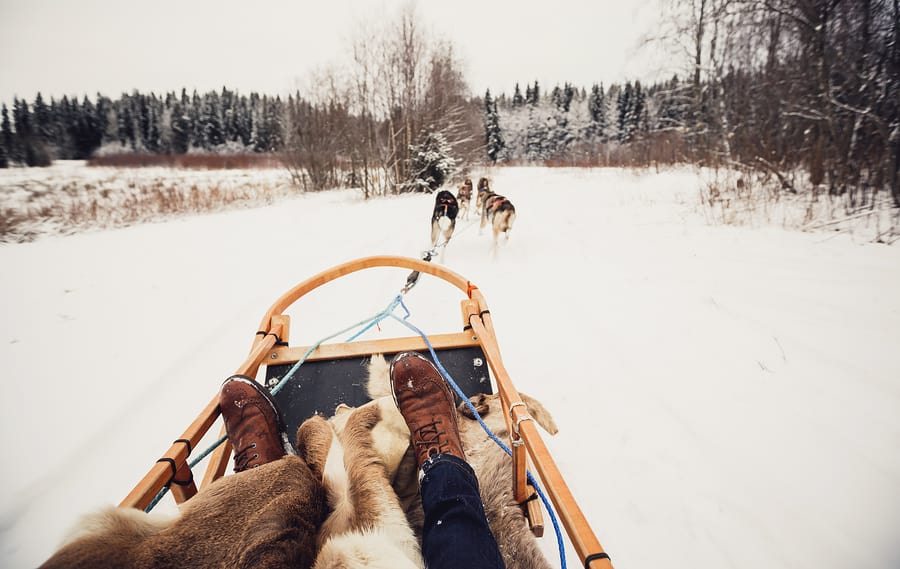 The John Beargrease Sled Dog Marathon just ended. The Iditarod is coming soon. And  I’m hooked. Those pictures of dogsleds careening around sharp snowy turns get me itching to try it. But jaw-dropping scared as well. How in the world do they handle those dogs?

Recently I read a page of heart-rending dog tributes told by their mushers, published in the Minneapolis StarTribune to promote the Beargrease marathon. Dogs have saved their mushers’ lives and figured out their own routes on races, or remembered places years later.

How does dogsledding connect to the fur trade?

Winterers, the French-Canadian canoemen who stayed at fur posts to swap trade goods for beaver pelts, regularly trekked with dogsleds and snow shoes, skills they learned from the Ojibwe. So André, my voyageur character, made short trading expeditions to various Ojibwe bands.

A year or so ago, I desperately needed info about this aspect because in “Treacherous Waters” (Book 2), André is forced to make one foray, all alone. How often did he need to stop them for rest? Did they drink water on a journey — and how did that work in winter? What did they eat? How should he care for his team at night?

Unfortunately I know nothing about dogsleds. Once I watched as a girl, barely a teenager, handled her two-dog sled — they whizzed across an open football-sized field in seconds. Half of me wanted to experience a ride, the other half was scared spitless. If I’d been on that sled, I’d have been dragged for a quarter of a mile while the dogs raced through the woods. 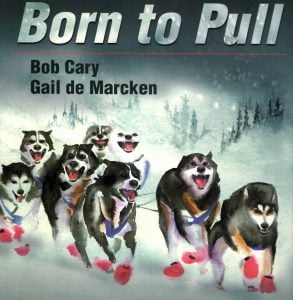 Book about dogsledding by Bob Cary, illustrated by Gail Marcken

For years, my ESL students studied a short novel on sled dogs that was easy, exciting and got them vicariously into that world. My school, Discovery Elementary in Waite Park, hosted an author-illustrator pair, Bob Cary and Gail de Marcken, who’d just published “Born to Pull.” I bought it for my students — and me. I particularly loved Gail’s stunning watercolor illustrations.

To learn what I needed to know for André, I dug deep into “Born to Pull.” Fascinating.

(According to “The Voyageur,” written in 1931 by Grace Lee Nute, “Mouche” was used to increase speed, while “Marche” started the team. Voyageurs called a dog by saying, “Mon chien, vien ici.”) With my hearing loss, those words would get tangled up and sound similar.

The John Beargrease Sled Dog Marathon is run the last Sunday in January starting in Duluth, Minnesota. It commemorates an Ojibwe man and his brothers who carried the mail once or twice per week between Two Harbors and Grand Portage in winter by dogsled (in other seasons by canoe or horse,) from 1879 to 1899.

One great twist to this race is Trail Mail: Each musher is sworn in as an official U.S. mail carrier, and totes a pack of letters to a post office at the end of the trail, as John Beargrease did more than 100 years ago. Commemorative envelopes are created by local artists especially for the event. 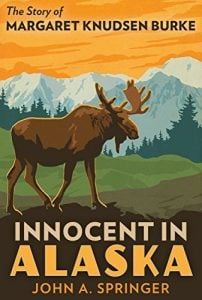 A young woman journeys to Alaska in the early 1900s, and experiences the first Iditarod race.

The Ididarod Trail Sled Dog Race starts Saturday, March 2, in downtown Anchorage, Alaska, for its first 11 miles. They restart the 1,000-mile race to Nome on Sunday. To get a flavor of the first Iditarod race, read “Innocent in Alaska: The Story of Margaret Knudson Burke” by John Springer — Margaret moved to Alaska in 1904.

Reading about all these people and dog athletes is awe-inspiring. “That’s a dog.”

Read musher profiles. Follow the Iditarod.
Next year send (me?) a letter via Beargrease Trail Mail.
Reread chapters 34-40 in “Treacherous Waters.” What should Ande have done differently with his dogs?
Design a dog or dogsled emoji and send it to me on Facebook.