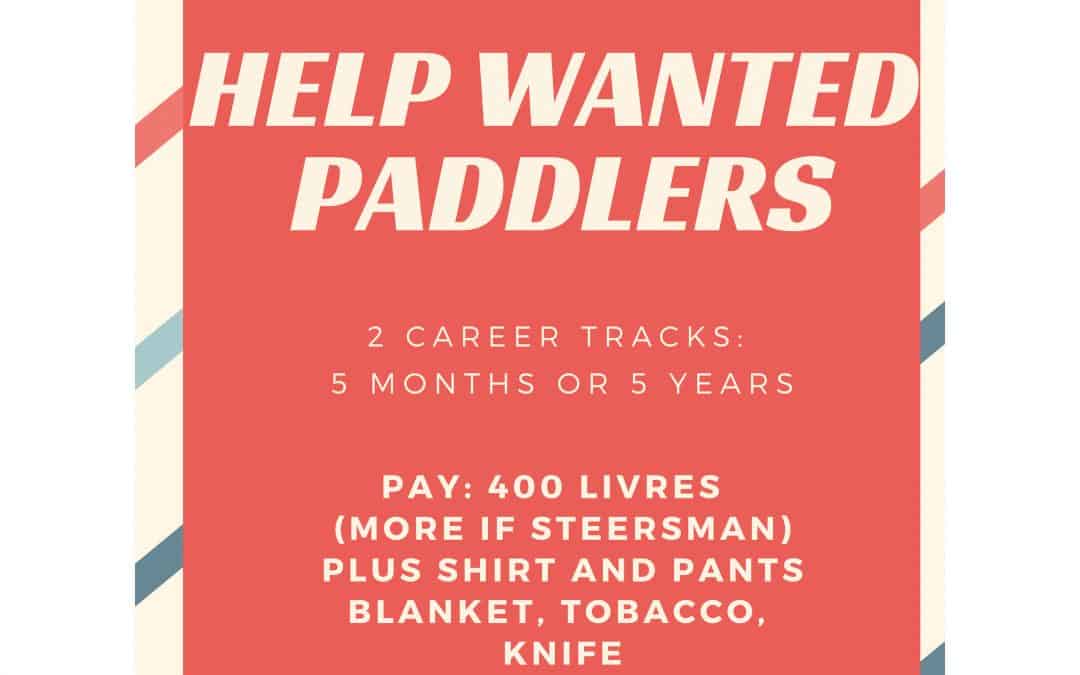 Even so, French-Canadian voyageurs were known for their irrepressible energy and optimistic world view — a “joie de vive” as they said it. A nasty portage, a bad meal, a night sleeping on a rocky beach didn’t spoil their day.

Use word clues from “voyager” — a person taking a voyage or a trip — and add a “u” for the French spelling. But with tons of trade goods in their canoes or on their backs, voyageurs weren’t enjoying vacations. Fortunately, their lives — as indentured servants from the 1690 to the mid-1800s — is long past.

Were there different kinds?

How many people were voyageurs?

By 1821, the industry had mushroomed. In “Making the Voyageur World: Travelers and Traders in the North American Fur Trade,” Carolyn Podruchny roughly estimates 3,000 canoemen, noting that it was difficult to determine the numbers because there were also natives and métis who were indentured informally at interior posts outside Montreal. In addition, it didn’t count men in the middle of their multi-year contracts. And there were several companies operating, all with different methods of keeping track of employees. 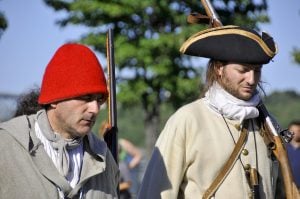 There was great social distance between bourgeois and voyageurs.

Voyageurs worked at the lowest level — it was nearly impossible to work one’s way up to higher levels, so voyageurs mostly stayed as voyageurs for their entire working career. Those upper levels were:

Why were voyageurs willing to do such hard work?

There weren’t many other career options. If your family had land, you might farm. You could apprentice to a miller, blacksmith, wheelwright or carpenter. If you had enough money to set up a store, you could try your hand at business. Big ifs.

Being a voyageur was often a family tradition.

Could anyone become a voyageur?

Pretty much. But there were a few surprising requirements:
Height: Shorter than 5 feet 6 inches, or your legs wouldn’t fit in the canoe
Strength: Carry two 90-pound bundles of fur or trade goods over portages (some carried more — they liked proving themselves)
Age: About age 16 through age 50 (but some lasted into their 70s)
Singing ability: Important to keep a steady paddling cadence
Personal skills: Willing to leave family for 5 months to 5 years
Swimming: NO
Reading or writing ability: NO

As hard as that sounds, the voyageurs thrived. Lee Nute reported one voyageur who said,

“I could carry, paddle, walk and sing with any man I ever saw. I have been 24 years a canoe man, and 41 years in service; no portage was ever too long for me, 50 songs could I sing. I have saved the lives of 10 voyageurs, have had 12 wives and 6 running dogs. I spent all of my money in pleasure. Were I young again, I would spend my life the same way over. There is no life so happy as a voyageur’s life!”

Be honest — could you do it? Paddle 14-hour days? Dogtrot carrying bulky 180-pound bales over steep portages? Sleep under a canoe on rocky beaches? Be away from family for 5 months to 5 years? Are you ready to give up checking in with friends via smartphone? Non? (Me neither.)

But we can do it vicariously from our sofas. You can:
Be a voyageur for an hour — come to one of my presentations. Or invite me as a speaker.
Read an entertaining novel — buy paperbacks with PayPal. Book 1: “Waters Like the Sky” and Book 2: “Treacherous Waters” Or the e-books.
Invent a voyageur emoji. Send it to me on Facebook. Or Share or Comment on this post.