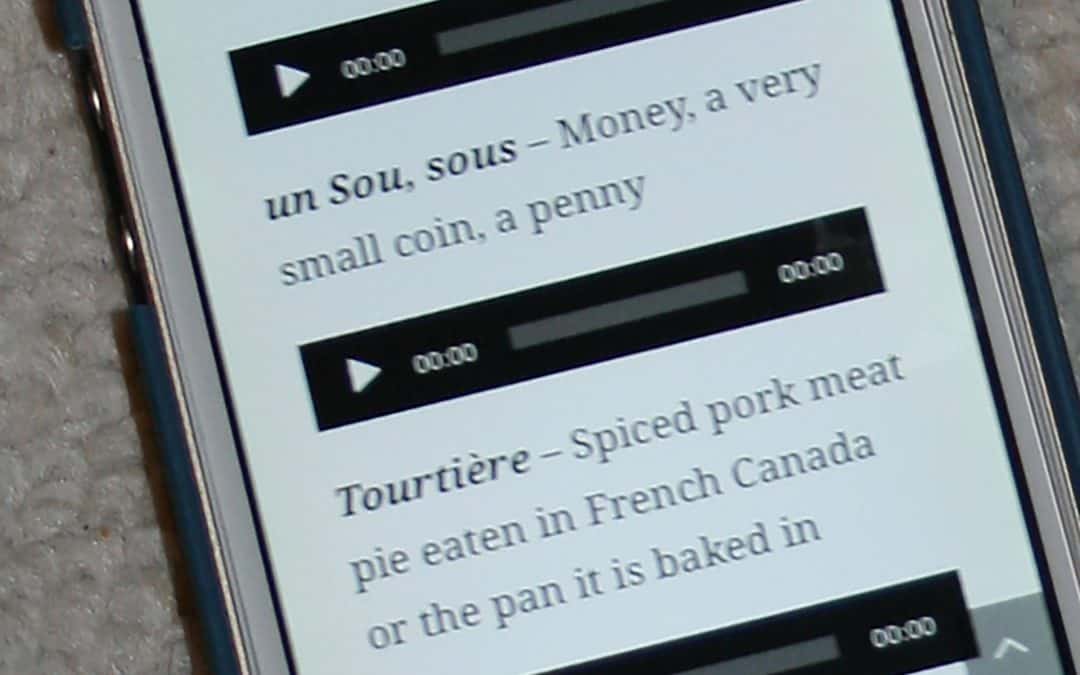 Have you wondered what the foreign words in “Waters Like the Sky” or “Treacherous Waters” sound like as you’re reading about the adventures and mishaps of a brigade of fur traders in the 1800s?

If so, now you can check out the sound links for my brand-new French glossary 2!  Here’s the backstory: 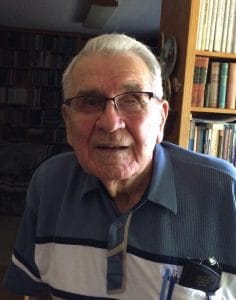 I had a wonderful conversation with John Langlais, a long-time member of La Société Canadienne Française de St. Cloud. He explained (modestly) to me that he’d grown up speaking both English and French-Canadian in Maine, where his family lived and attended public school in English. Later, he attended seminary in Quebec, studying Latin and Greek (among other subjects) for three years — in French!

While serving in the military, he lived in Paris and Orleans in France, because of his French-speaking background. When he returned to the US, he taught military science (ROTC) at the University of Rhode Island, where he did graduate study in French. What amazing depth in his background!

As John read through the vocabulary list, he immediately (but gently) pointed out errors:

John also was even able to point out “slangy” French-Canadian usages that differed from Parisian French usages. 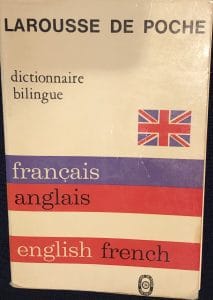 Useful, but not as impressive as John’s dictionary

To answer a couple of my questions, John consulted his encyclopedic Larousse French dictionary. Now I understand why my paperback version, with French-English/English-French, didn’t have enough entries.

It was enlightening to hear how the French-Canadian language developed over time. A very productive afternoon for me! And even more fun to hear the sounds of the language that voyageurs would have heard.

Listen to John who says each word twice. Then try pronouncing the words yourself.