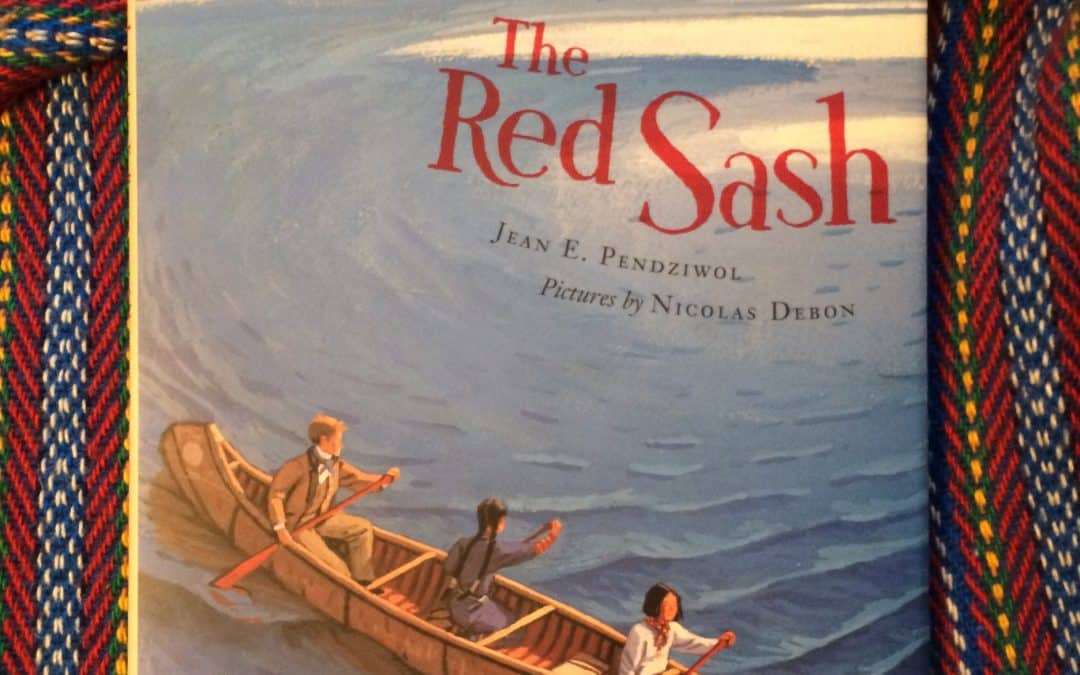 A few days back I blogged about red voyageur sashes, though they came in many colors — the sash was the most defining piece of a voyageur’s apparel.

Wearing a bright sash was a useful and stylish part of voyageur clothing. In Chapter 2 of “Treacherous Waters,” Pretty Mouse’s appearance was often unkempt, but he used his meager wages to buy a sash, which was long enough to wrap twice around his waist!

And when the brigade was leaving Lachine, Berthe Didier presented her foster son André with a red and blue sash she had woven herself. (Actually she’d made his shirt and tuque cap as well, but the sash would show her handiwork skills the best.)

Among the books I’ve read, none tells better about the honor of a sash than “The Red Sash.”

Written by Jean Pendziwol, “The Red Sash” is a charming children’s story that tells about a young Métis boy, the son of a voyageur, waiting for his father to return to the rendezvous. One day, when the son and his sister and a friend paddle out to a nearby island to snare hare for the upcoming feast, they watch a brigade struggling in a summer storm.

They are met with celebratory cannon fire and bagpipes — and another brigade singing the same round. His father’s brigade has also arrived!

In recognition of the boy’s understanding of the problem and finding a way to solve it, the father presents him with his own red sash.

Illustrated by Nicolas Debon, this picture book is full of warm and evocative paintings, showing details of Ojibwe culture as well as voyageur life. This story is told from a Native point of view, not by a fur trade clerk or the bourgeois (the power elite of the fur trade).

One of the great picture book mysteries is how an author can share so much information about a subject and still hook the reader emotionally. All in 32 pages!

Jean has done great research — she and her husband Richard live in Thunder Bay, Ontario, Canada. The original Fort William and the Fort William Historical Park (which recreates the rendezvous site and headquarters for the North West Company from 1803 to 1821) are in Thunder Bay. All of their children have worked at the site during summers as re-enactors.

Their son Colin graced the cover of “Waters Like the Sky.” 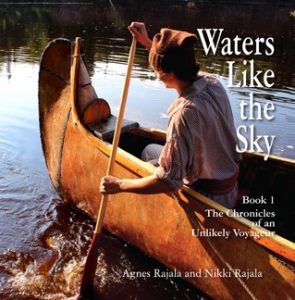 Jean Pendziwol’s son, Colin, was photographed for my cover.

One more coincidence: Jean’s a relative — through her husband Richard, on the Finnish branch of my family tree.

Back to a red sash, or ceinture fléschée: Before, I’ve purchased them at fur trade museum gift shops. Now I want to delve more into the story of each design. The finger-weaving is fascinating — I watched a couple of YouTube tutorials, but doing a whole sash unfortunately looks too complicated.

I’d love to see other sashes.

Could you incorporate the dash of a red sash into your life, even if you’re not a paddler? Reading this delightful book is one easy way.