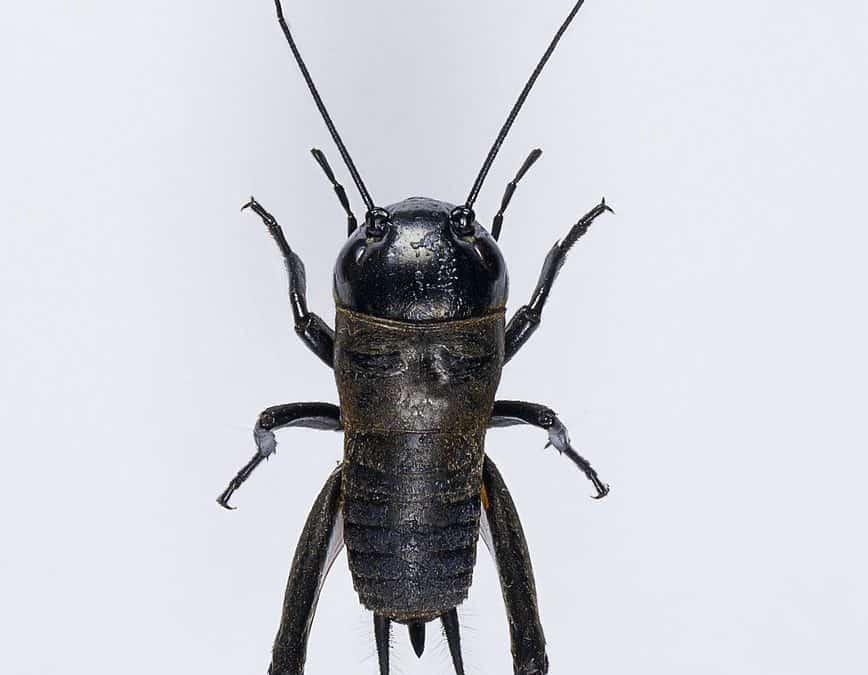 The March-April 2018 issue of the Minnesota Conservation “Volunteer” magazine had a surprising article in “Crunch Goes the Cricket” — insects as a potential, sustainable and nutritious food source. They are packed with protein.
(If only my starving voyageur characters had known. After they ran out of pea soup and rubbaboo, I had them forage for wild plants, and when they were really thin, they lucked into a smelt run and some gull eggs for a protein boost. However voyageurs were put off by unusual foods — as many others are. )

What’s on the insect menu?
According to the article, here are some to harvest:
Ants — High in formic acid, so they taste citrus-y. Eat “raw,” just pinch the head off first. Cicadas — Rich in fats, so much so that certain varieties taste like bacon.
Crickets — All of them.
Dragonflies — High in fat and therefore tasty. A few species are protected (see links below). Hard to capture.
Giant water bugs — One of North America’s largest, delicious.
Grasshoppers — Every kind.

Live bugs should be frozen, which is akin to what happens to them every winter, suggests the writer, Frank Bures.
To prepare them, remove the legs and wings and fry with chili powder for tacos. Or pop grasshoppers in saute pan, and watch them all turn red. (The hoppers, like lobsters and shrimp, contain astaxanthin, an antioxidant, which turns them red when cooked.) 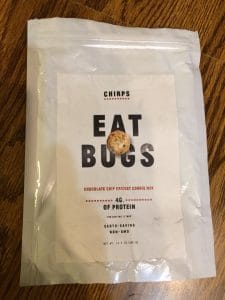 Bures reports they taste “firm, even crunchy, but not tough. They have a pleasant, distinct flavor—fresh, meaty, earthy, and rich.”

Hmm. I love “new foods” and routinely order things on the menu that I’ve never tried before. Crickets?? — I admit that gives me pause.

Or Chapul Cricket Bars, at Target and online (a Utah-based company since 2012). 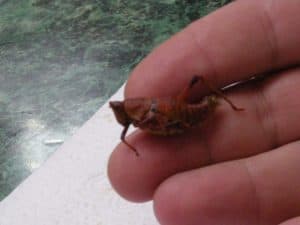 Chapulines (bright red grasshoppers from Mexico) can be purchased at the concession stand at Safeco Field in Seattle.

If you collect on your own:
Avoid areas treated with pesticides, which insects can concentrate in their bodies.
Avoid collecting in scientific and natural areas. Some species are protected by Minnesota or federal laws.
Avoid colorful insects. Bright colors often serve as a warning of unpleasant flavors or toxins. 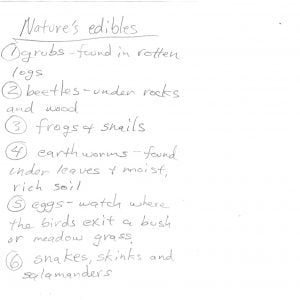 I wrote a post about other unique edibles, including this list my friend Steve Gessell made for me: earthworms, grubs, beetles, salamanders. I see he didn’t mention crickets.

So — are you ready for insect cuisine? I will if you will.