What REALLY happens at a rendezvous? 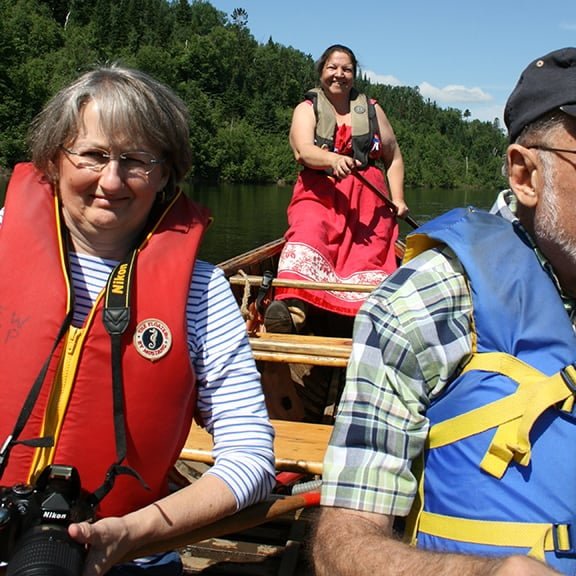 What was it like at a rendezvous? Could we still see what happened? Would it be safe for kids? (Taya and Brinn, age 13)

In the 1800s, voyageurs celebrated for most of July at the rendezvous. After six weeks (or more) of paddling full-tilt from either Lachine with cargoes of trade goods, or from the vast interior with canoes packed with pelts, the men were eager to party. At Grand Portage’s great depots, the cargoes had to be swapped — the Lachine-bound pork-eaters would return laden with furs destined for Europe while the winterers brought back fresh supplies of metal tools, guns, blankets, decorative items and high wines. That meant lots of work for everyone. 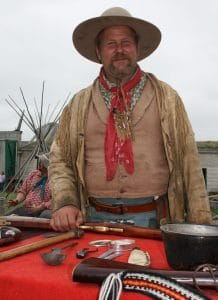 Before anyone played, they worked: French-Canadian engagés carried packs over the 9-mile Grand Portage (6 to 8 loads, depending on their contract) or helped to build Fort William (brand-new in 1803); the clerks sorted the cargoes and readied them for the next stage; and the Northwest Company’s British and Scottish partners met to review the records and plan the next year’s trade.

Finally the voyageurs relaxed — feasting, drinking, dancing, playing games of skill and chance, fighting and challenging each other to dangerous feats of strength and agility, like “Cat and Mouse,” the precursor of log-rolling. They traded with the Native peoples, bartering for moccasins, leather goods or beadwork.

Wanna visit a rendezvous? During the summer there are re-enactors at Grand Portage National Historical Monument, Fort William Historical Park and dozens of museums and historic sites across the Lake Superior area that will give you a feel. Check my Events page for some in the Midwest. Going further afield, check Crazy Crow‘s listing which include powwows, events for Mountain Man Trappers and many others. Yes, for sure it’s safe for families — and fun.

Wearing a costume — not required. Here’s an idea: ask the re-enactors about something, because they will try to answer in the time frame of the 1800s. So plan a couple of interesting questions. 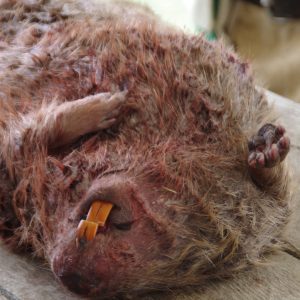 Wandering among massive canoes, white tents, campfires, furs;
Seeing a beaver being skinned;
Watching a woman “cure” a deerskin;
Asking about the historic wares and costumes;
Buying goods — a silver hat ornament, leggings, a fire steel, beads;
Checking out kids’ games, like ‘cat and mouse’; Watching lacrosse;
Attending a Northwest Company “annual meeting”;
Talking to a blacksmith or gunsmith;
Paddling in a Montreal canoe;
Learning about the Native way of life;
Touring a fur post … and so much more.  I can hardly wait to go again.