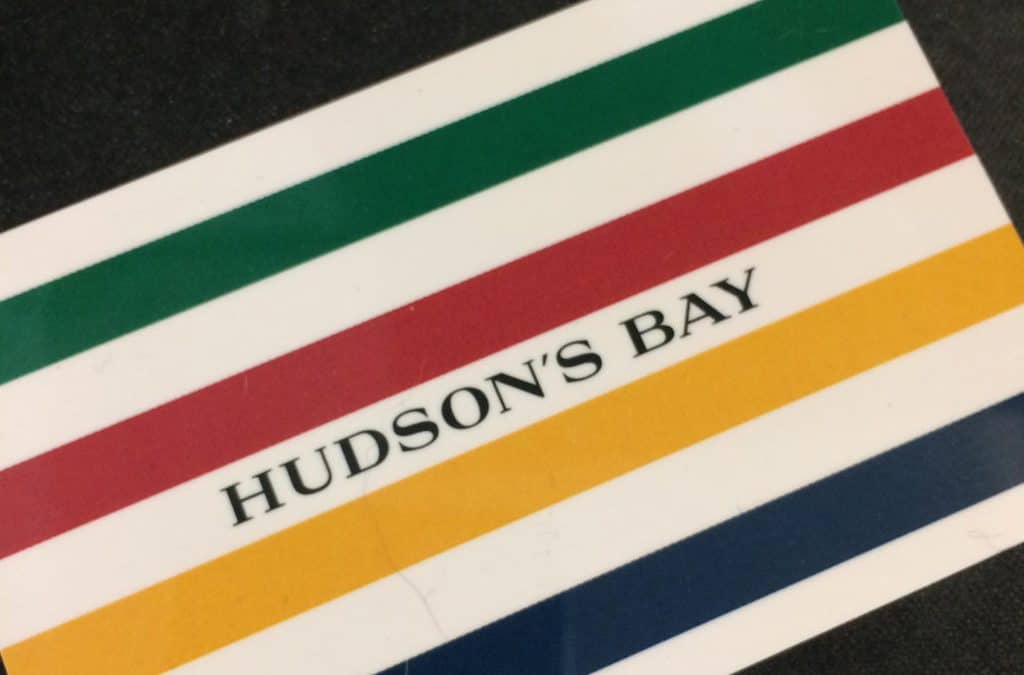 My sister Kris visited Winnipeg last year and presented me with this gift card from the flagship Hudson’s Bay Company store. Love the trademark stripes — and carrying it around.

Then I realized, “How apt!” Because the fur trade popularized the system of commercial credit.

From the 1600s through the mid-1700s, tribes needed to bring their furs to a fort located far away (such as on Hudson Bay or a tributary). That system of commerce prevailed for hundreds of years all over the world. Like going to any shop with cash in hand: “Don’t have enough money — can’t buy the beaver hat, silk frock, Chinese tea, new phone, Rolex…” 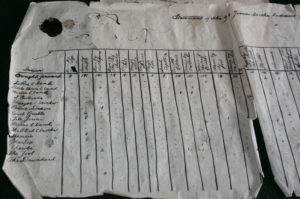 The fur trades changed all that, bringing goods into the interior of the continent, close to where the tribes lived, and traders sometimes visited their lodges to complete trades. In the autumn, at the beginning of a trading season, traders displayed guns, copper pots, iron fishhooks and awls and knives, woolen blankets and cotton fabrics, beads, needles and thread.

Listing their names in a ledger (a form of promissory note), the Ojibwe hunters took debt for such goods, paying them back with pelts and by providing food for the voyageurs over the winter.

At on time, the Hudson’s Bay Company even minted brass trading tokens, designed by George Simpson Mctavish of Albany Fort in 1854.

Hudson’s Bay Company brass tokens, used circa 1854 in trading posts in the Eastmain district. They are denominated in “Made Beaver” [pelts] or fractions: 1, 1/2, 1/4, 1/8#. From the personal collection of Jim Trethewey. Photo courtesy of Wiki Commons

According to Wikipedia, “before the brass tokens came into use, a Made-Beaver was represented by a stick, a porcupine quill, a whale or walrus ivory disc, a musket ball, or anything else agreed upon by the trader and trapper. The trapper would be handed a number of units agreed upon — representing the value of his catch — and with these would make his purchases from the store.”

And now we have HBC credit cards, reloadable for as much money as you choose. Wahoo!

In the 1980s, it was easy to obtain credit cards and people could just as easily overextend themselves. Guess what? That’s not new either — Indians couldn’t always deliver the number of pelts they promised, so traders carried over balances from previous years.

One more bit of trivia — the Hudson’s Bay Company received its charter in 1670. That makes it the oldest company in the Americas. AND it’s still operating!