Is either wild plant edible? 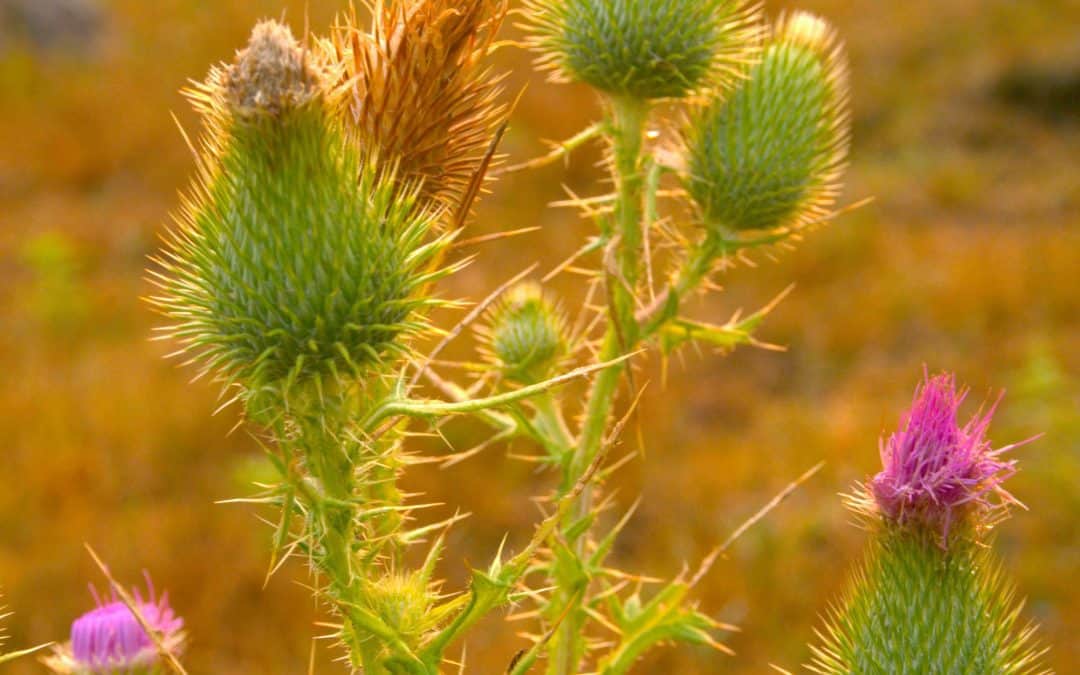 Your quiz for today: Is either wild plant edible?

Make a guess for each of the choices below. Your answer could be one or the other — or neither or both!

Glad I researched this — I would have made big mistakes by eating some of these.

Did you guess for each choice? Or did you peek ahead? 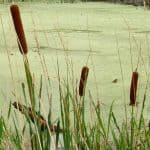 Cattail (typha latifolia) is edible in many seasons. The rootstalk pulled up by hand can be eaten cooked; shoots could be eaten raw or sauteed, like any cooked vegetable; pollen blended into flour.

I’ve tried unsuccessfully for three years to harvest cattail. The root was not easy to pull. And I always miss timing the green flowering spike—it ripens before I get there. Pollen I haven’t been as interested in. 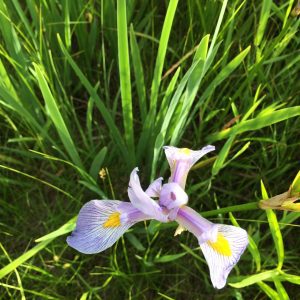 Blue flag (Iris versicolor) can cause diarrhea, vomiting and dermatitis. It is also mentioned as a poison flag. (I grew up calling this plant a lily, but that may have been a local name.)

SIDENOTE: Cattail may have been a food my grandfather ate. He traded with Chief Busticogan for Indian potatoes, which he planted. Chief Busticogan gave him 2 1/2 bags, which he called “peshaquabeks.” When he counted off the half-bag, he bent his finger to indicate the smaller quantity. In cooking, they never softened (maybe like water chestnuts).

Or Chief Busticogan’s plant may have been Arrowhead (Sagittaria latifolia), also growing in the marsh plant but with arrowhead-like leaves.

2. Fiddlehead ferns or Nettle — Both are edible. 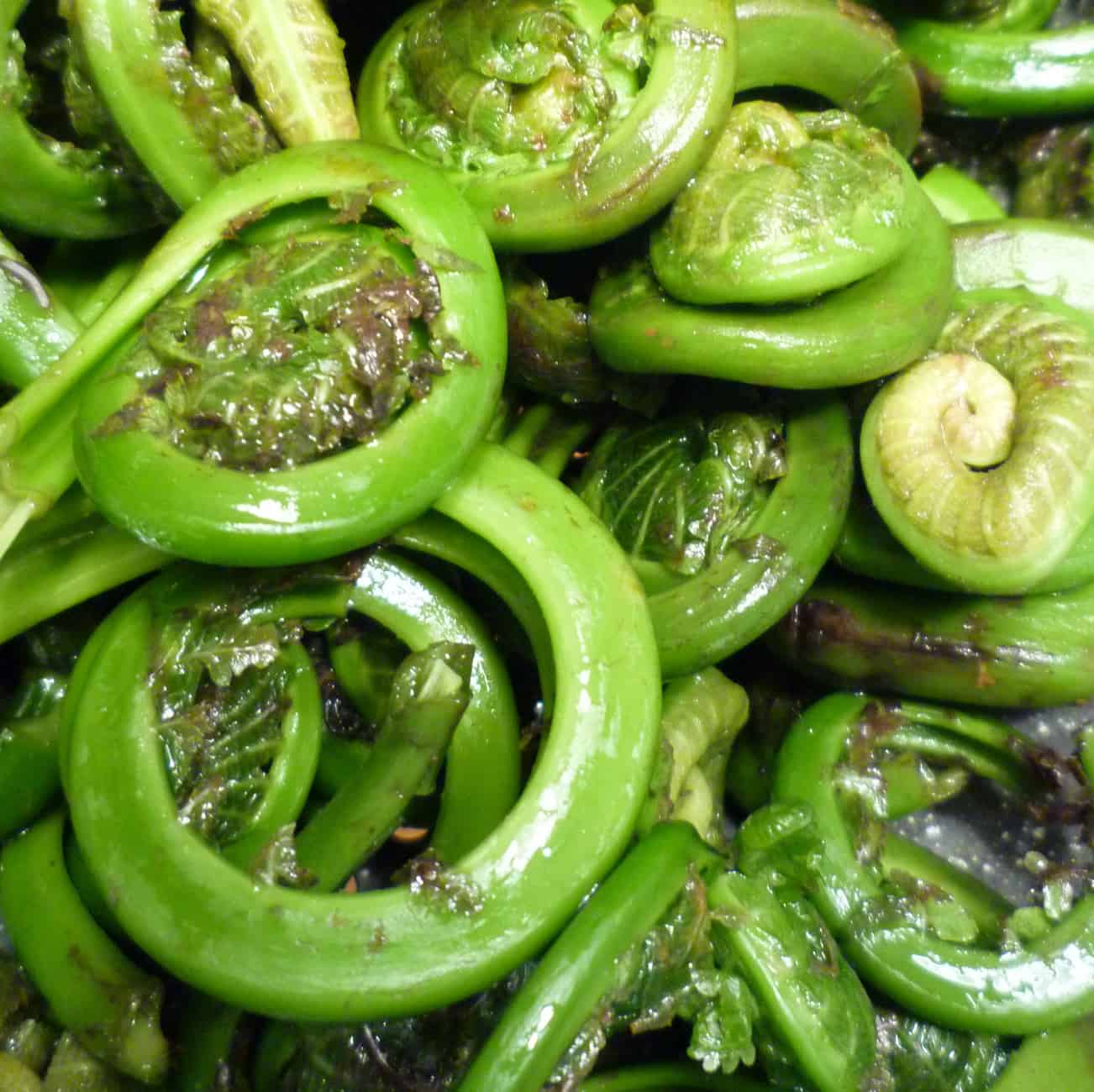 Fiddlehead ferns (Matteuccia and Pteretis spp.) — taste, but don’t feast; eat them raw, steamed, sautéed or deep-fried. You might know they are edible from my earlier post or watching the Facebook video of Bill tasting them. 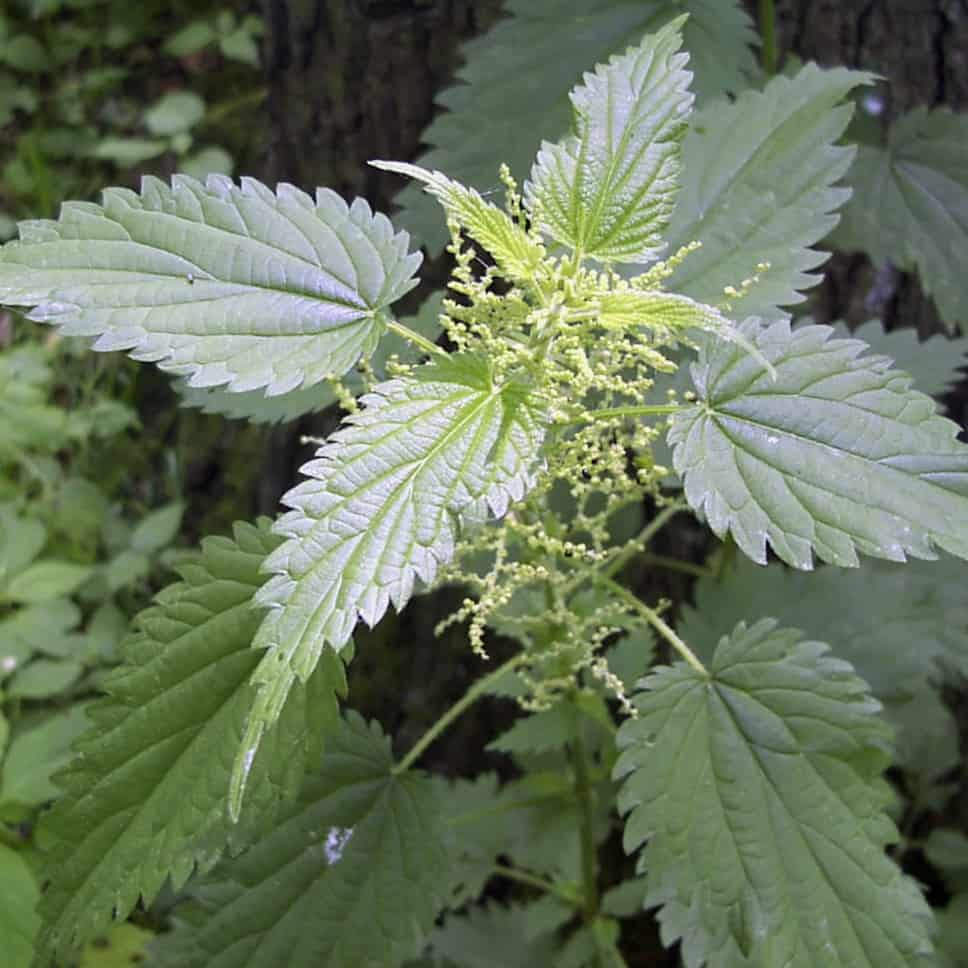 With stinging nettle (Urtica dioica), look for young stems and leaves. The toxin that causes stings is neutralized by cooking. Dry the leaves for tea which offer vitamins A and C and iron. The trick is to harvest it without getting nettle-stung — use gloves. 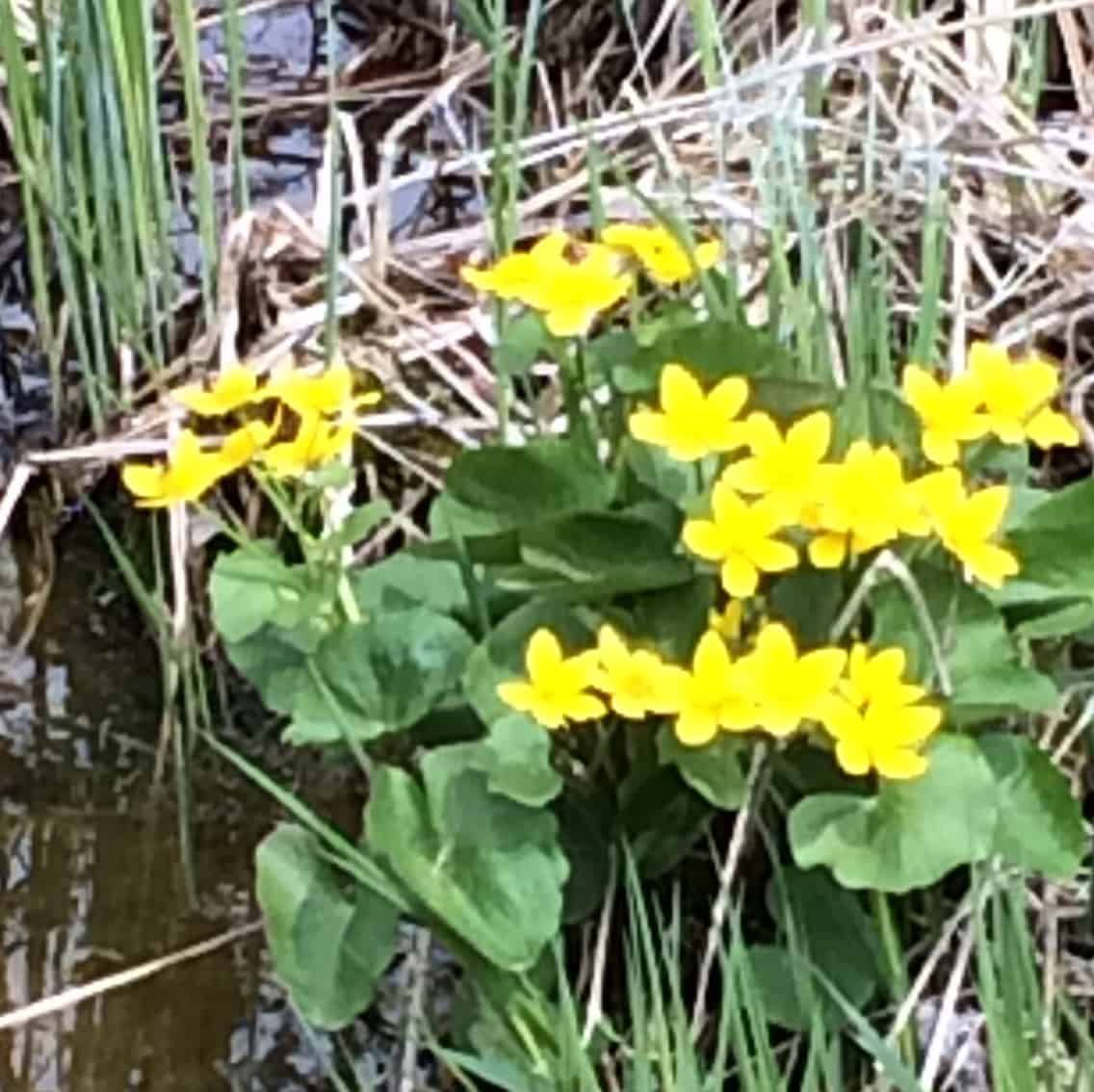 (Caltha palustris) should be used as a survival food only, because of its caustic nature. Leaves might be edible if they are cooked in several changes of water, but are bitter and not worth the effort. (Mom called this plant “Cowslips.” Is that Cow slips or Cows’ lips?) 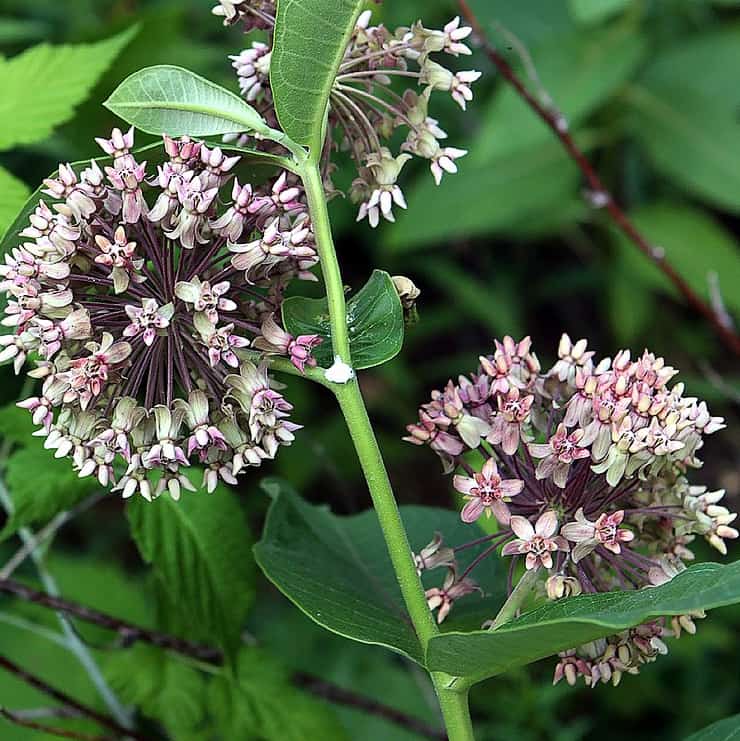 With milkweed (Asclepias syriaca), eat the shoots, flowers and seed pods ONLY under the guidance of experts. The proper cooking technique can destroy the potentially toxin. And it also suggests that any plant whose stem exudes a milky liquid will be bitter. Given how much the monarch butterflies need milkweed, I will pass.

4. Rock tripe or Reindeer moss — Both? 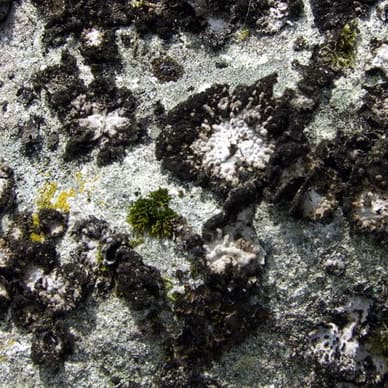 Rock tripe (Umbelicaria species) forms large patches on rocks, with curling edges. The top is usually black and the underside is lighter. The entire plant is edible. To eat it, you scrape it off a rock and wash to remove all the grit. It may be dry and crunchy, but you can soak it, which will render it less bitter. Reindeer moss (Cladonia rangiferina), a lichen, is bitter and purgative. Boiling it with baking soda alleviates those qualities. According to an old fur trade journal, apparently starving voyageurs in the far north were willing to take the chance, as they had nothing else to eat. Reindeer moss might be available when other plants are not, but it grows slowly.

(I hope I have the correct photos, though I’ve been working on edible plants for a long time.)

5. Jack-in-the-pulpit or Plantain — Only plantain is edible as fresh, but Jack in the pulpit can be processed. Jack-in-the-pulpit (arisaema triphyllum) — Calcium oxalate crystals can burn when the plant is eaten fresh or if the crystals are exposed to cracked skin or open sores. Also called Indian turnip, the Native Americans sliced and dried the roots to deactivate the oxalate, and make it edible. 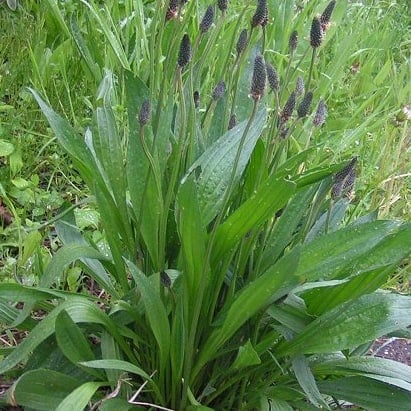 You can eat plantain leaves (Plantago major or P. lanceolata) raw in salads or steamed or sliced and stir-fried; the seeds contain oil and are a laxative. In the class I took, the teacher harvested very large leaves and planned to freeze them for winter meals.

6. Waterlily or Thistle — Both are edible! 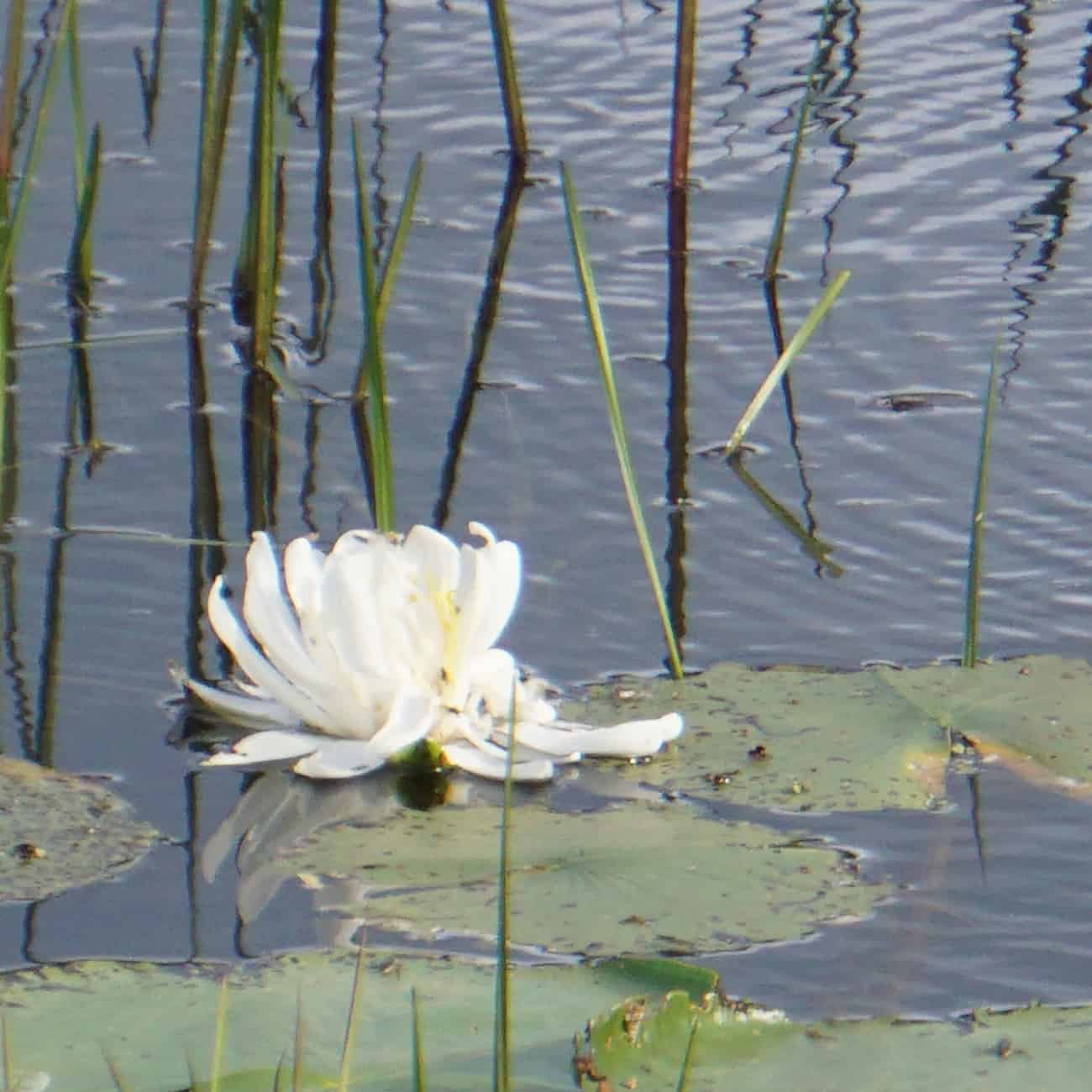 Use young thistle plants (Asteraceae cirsium) and use moderate amounts: peeled stalks — raw or cooked; roots — boiled or roasted; leaves with spikes trimmed — cooked; seeds — roasted and brewed like coffee. Thistle, like cattail, sounds almost a grocery store by itself. But use gloves to harvest them and cut off the prickles.

I sure got an education on what was edible and what not so much! Were you surprised?

OK, on to edible foods that move — by walking, crawling, flying, swimming.

(My thanks to Bill for pictures of cattail and thistle, and Wikipedia Commons for stinging nettle, milkweed, rock tripe, reindeer moss, fiddlehead ferns and plantain.)