What are high wines anyway? 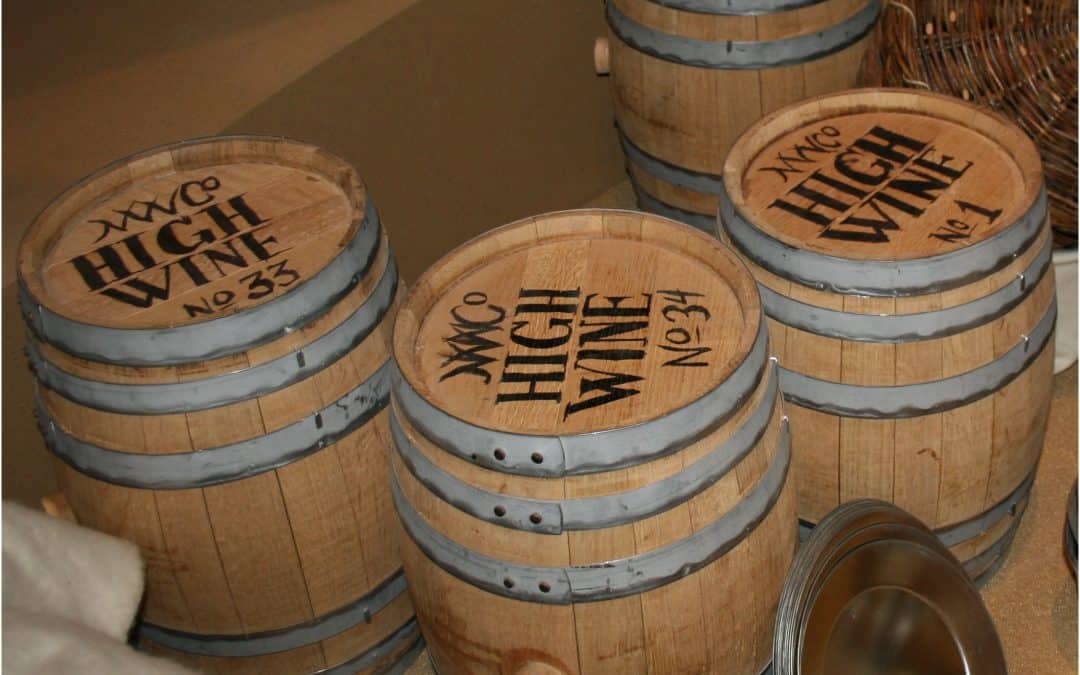 What are high wines anyway? Are they different from other wines? Why did voyageurs trade them, especially if they caused so many problems? (Kathy, adult; Mary, adult; Sullivan, 9)

High wines is a fancy title for cheap, and probably high-proof, alcohol. High wines were one of the few consumable goods. At fur posts, French-Canadian traders cut the strength of high wines with water before sharing with their Ojibwe customers. That made them even more profitable, and also lessened its negative effects.

Watering the high wines might have improved them — cheap liquor could have a bad taste.*

Besides calling them high wines, the journals of fur traders also refer to alcohol as spirits, rum and liquor. Those words are synonyms, but other times those words might mean different grades, or kinds, of alcohol. The highest grades of liquor — like port wine or brandy — would be for the personal use of the chief trader or bourgeois. The word “firewater” might have been used by Native peoples.

The relationship of alcohol and trading is complex. 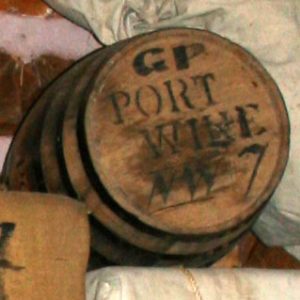 In the earliest years of the fur trade, the ethics of liquor was debated — it was decided not to deny the tribes a product that provided a kind of medicine and a consolation.

Alcohol grew in significance over time. It may have parallels with tobacco, which was an important part of Ojibwe life (for example, in peace pipe councils or as an offering to the spirits). If someone was ill, alcohol might be offered with food to obtain spiritual aid in healing a person.

By the 1780s, alcohol was given during the initial fall trading ceremony and offered again when a hunter’s credits were paid back. Extra pelts might be traded for liquor—or for other trade goods. The fur traders gave high wines at special council gatherings, as gifts, as a reward for a successful hunt, as a way to mark a wedding or to console families over a death.

When the Ojibwe brought the voyageurs any kind of food, liquor might be traded in return. (The men at a fur post depended on the Ojibwe for food — they didn’t have the skills, the rights or the time to hunt, fish, process wild rice or make maple sugar. Native Americans across the continent had a long tradition of sharing food with strangers.) 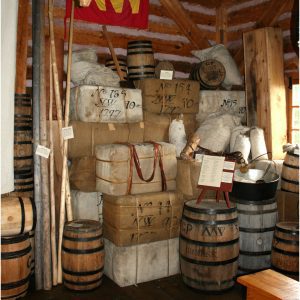 Not all kegs contained high wines—a few held gunpowder, and others grease, or salt pork.

With fierce competition between North West, XY and Hudson’s Bay companies, liquor was used more often to cement trade loyalties. Gradually usage increased and by the early 1800s, alcohol use was more frequent. In fur post traders’ journals, they often wrote about trading high wines, while other goods like blankets or pots were hardly mentioned.

Native Americans certainly must have watched the example set by the French-Canadians voyageurs in drinking behavior. Unfortunately the voyageurs often misused alcohol and many succumbed to alcoholism. And so did the Ojibwe.

* One trader soaked a twist of tobacco in a keg of high wines, which gave it a different color and flavor, especially if by that time the liquor was mostly water.

If you look at the top photo, at least 34 barrels of high wines were included in that year’s cargo. Book 2 of “The Chronicles of An Unlikely Voyageur” includes some of the impact of high wines to the Native populations as well as the voyageurs themselves.