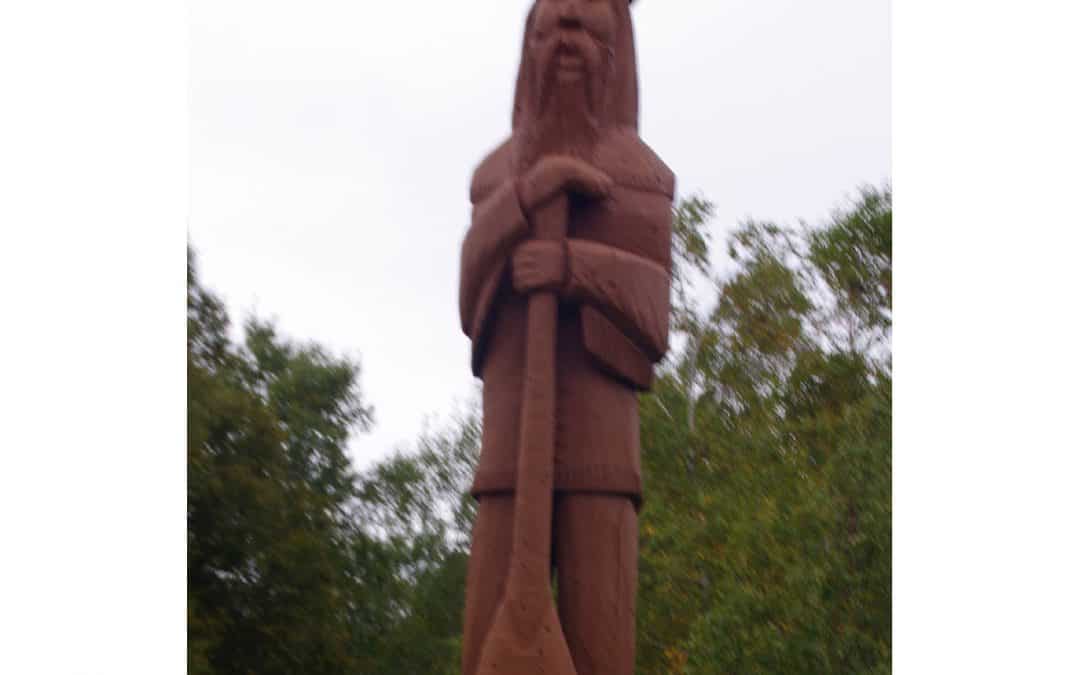 Two Harbor’s second voyageur is maybe 15 feet tall, which is shorter than his competitor Pierre (and historically accurate in that these guys had to be shorter than 5’6” to fit into the canoe). He has long hair and beard (better to keep out the dreaded mosquitoes and black flies) and is dressed in fringed — and laced — buckskins, a high fur hat and even laced boots.

He holds the short wide paddle of the middleman. His eyes study the lake, watchful for the erratic weather that is a bane for voyageurs — fog, high waves, fast-building storms. He also looks hungry — like a winterer wondering how he is going to make it through the ravages of the season. Maybe he only has one year left of 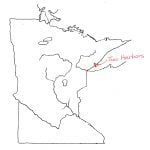 Sculptor John Gage created this statue from a tree trunk; the monument was dedicated to the Minnesota DNR in appreciation by the City of Two Harbors.

This voyageur overlooks the harbor and Lake Superior, not far from the lighthouse.