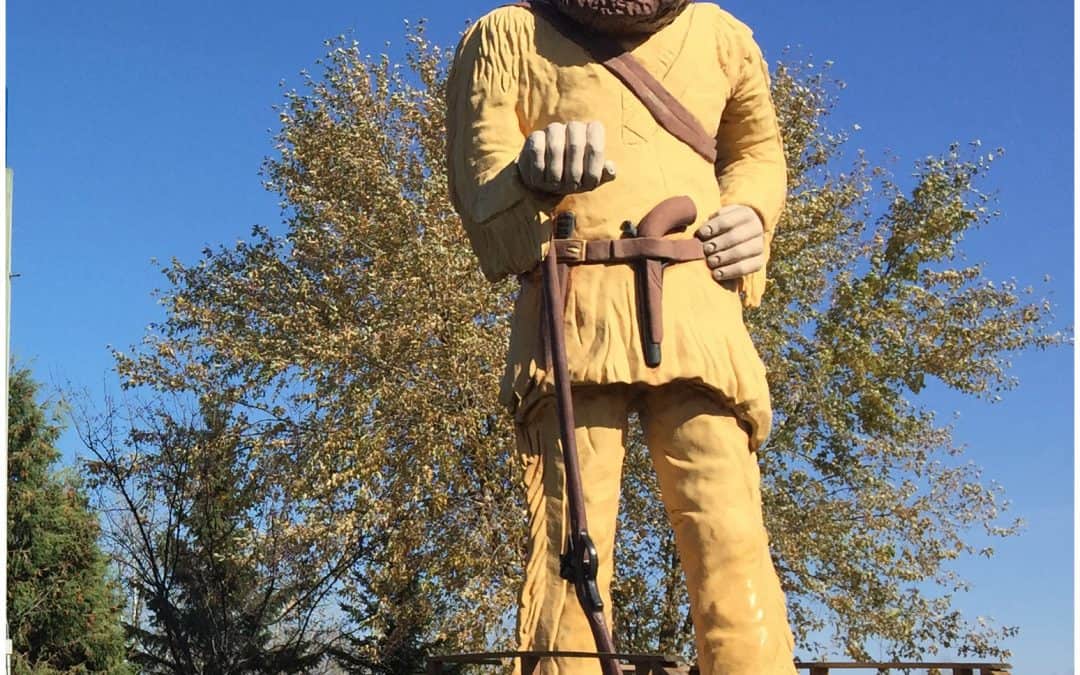 In the town of Ranier, Minnesota, Big Vic holds sway. Big Vic is a 25-foot fiberglass statue and he looks ready to take on the world. He has the typical voyageur build — wide shoulders. His beard is brown, his tuque is red and his buckskins are fringed — the garb of a winterer. A pistol is tucked into his belt (not sash) and his right hand is on a musket, so it seems he’s traded in his paddle.

Big Vic is a feisty voyageur with his own history: Vic Davis owns island property on Rainy Lake. In 1980, government officials wanted the property for Voyageur National Park. Davis had the statue built and erected on his island. It was seized by the U.S. Park Service, but returned to him after he won a lawsuit against them, a big victory. Davis donated Big Vic to the community of Ranier. (A plaque dedicated this statue to the memory of Ed Woods Sr.) 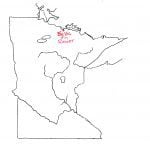 part of the voyageur highway of border lakes where Rainy River feeds into Rainy Lake heading toward Lake Superior.

The photo is courtesy of Sheryl Peterson, author of “The Best Part of a Sauna” and numerous other books for kids.

BTW, Big Vic may have a brother, Big Louis in Barnum — there were lots of families in the fur trade.