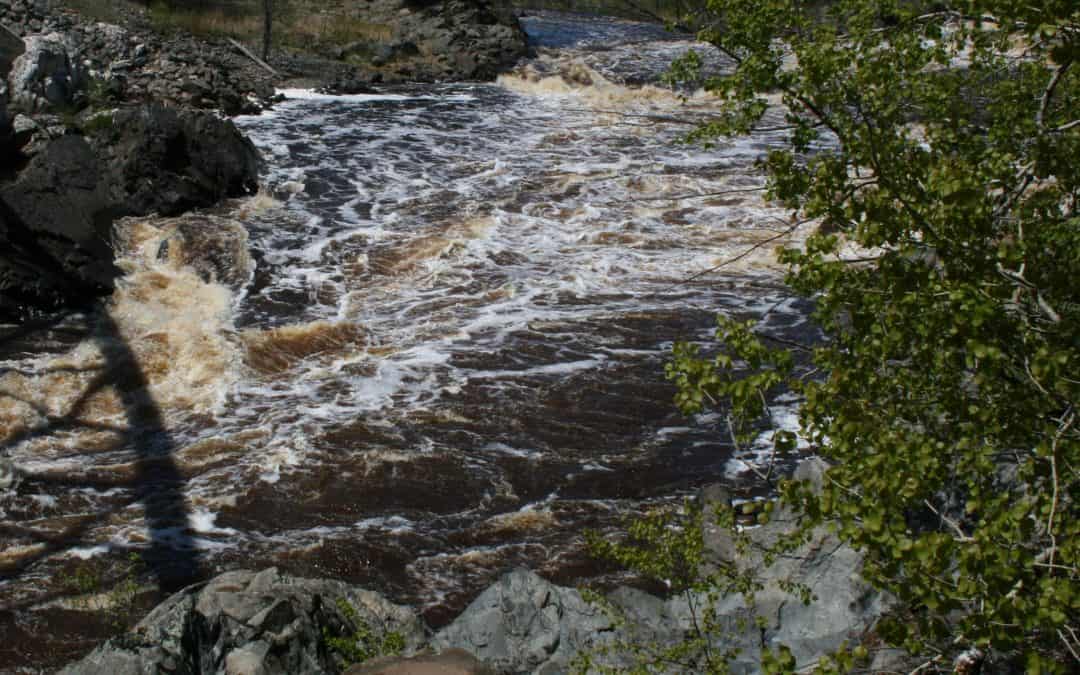 This video about the Hudson’s Bay Company’s role in Canada, narrated by Ray Mears, was recommended. Mears is an authority on the subject of bushcraft and survival.*It’s SO worth watching!

He speaks with the Canadian Canoe Museum in Peterborough, Ontario, Canada, which commissioned authentic birch bark canoes. Mears paddles a small one and camps at historic sites on the French River in Ontario. After having studied old sketches of voyageurs’ campsites, he demonstrates a clever way of lashing sticks for a cooking tripod and twisting twigs for pothooks.

About 10 voyageurs paddle the 37-foot Montreal canoe, with Jeremy Ward, the Canoe Museum’s curator, as steersman. When they turn it over to portage, water pours out! (This is about 14 or 15 minutes into the video.) With a cargo of wool blankets that quickly absorbed moisture, canoemen would constantly be on the alert for water leaking in through the slats.

I loved seeing these beautiful canoes go through their paces — they handle differently without keels. I also liked watching them voyageurs decharge, when a waterway is too shallow for the canoe to be paddled. Instead the voyageurs haul it with ropes — what a hard job! These folks have life vests and pull a fairly empty canoe, barely getting their feet wet. In real life, they slogged through icy water hauling a loaded canoe. Given what hard work portaging was/is, no wonder they did anything to avoid it.

The natives traded for goods that made their lives easier — iron tools like pots and traps and guns, and fabrics like point blankets. They were aware that quality varied and learned to burn the nap off a blanket to check how tight the weave was.

The whole program is chock-full of historic information, from beaver hats to Hu 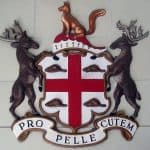 By the way, the Hudson’s Bay Company is the oldest company still operating in North America. It was incorporated by royal charter in 1670 (without permission of the First Nations people who lived in the lands given HBC). The watershed they controlled made HBC the world’s largest landowner, with 15% of the North American acreage.