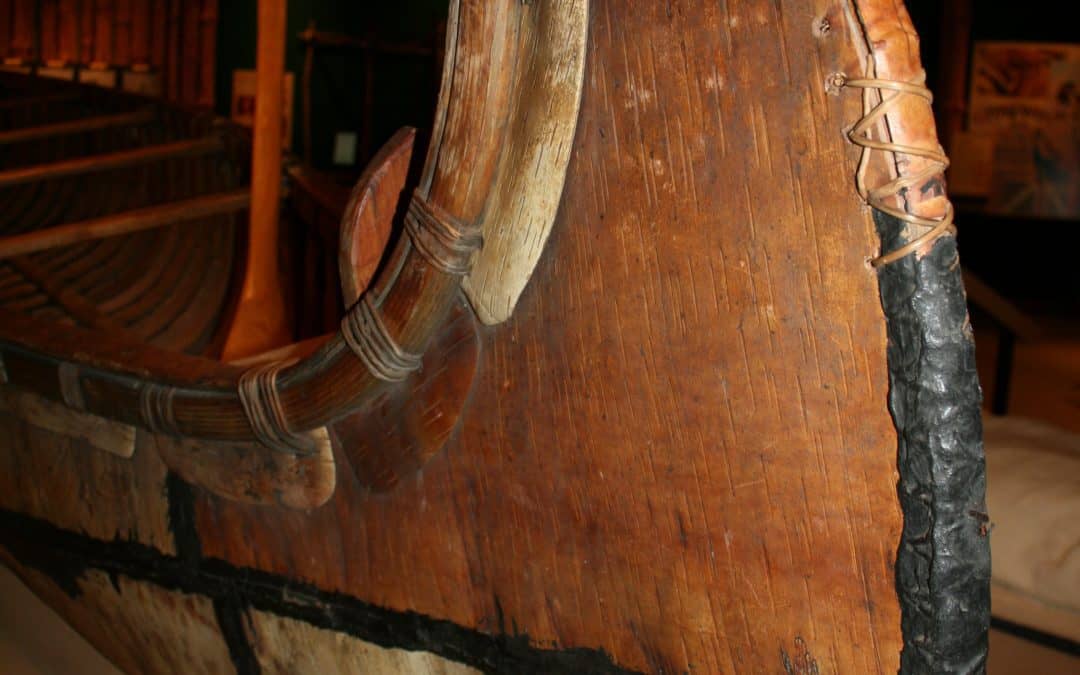 Meant to watch Dan Boessel’s video a second time, it was so interesting. But I accidentally clicked on “Birch Canoe Builder.” This 7-minute film was made in 1973 about Bill Hafeman, who began his canoe- and boat-building venture in the 1920s. He demonstrated the process of birch bark canoe building and, with his wife Violet, like bending ribs of cedar.

According to Boessel, Hafeman learned the hard way not to use elm bark, and to place the white side of the birch bark inside, where the roughness and moss wouldn’t slow the canoe’s movement in the water. The white side is waterproof while the yellow side absorbs moisture—when the canoe soaks up water, that tightens things up. And the bark curves naturally that way.

He built two 37-foot Montreal canoes, one which is in Minnesota History Center Museum in St. Paul and one for Grand Portage. He built 25-foot North canoes. (In the 1600s-1800s, Montreal canoes were used to freight goods from Montreal across the Great Lakes to Grand Portage, while North canoes ferried those goods on the smaller rivers and lakes in the north country.)

Once I helped lead a Girl Scout canoe trip along the Bigfork River. One day we pulled up at Hafeman Boat Works, to talk to Bill Hafeman about the birch bark canoe he was building. I recall being in awe that he constructed it using only natural materials and Ojibwe methods.

In a booklet, Hafeman recounted the story of needing to flip a Montreal canoe that needed “pitching.” A group of Girl Scouts observing him offered to lift it. He was amazed that the girls lifted the 300-pound canoe nearly to the ceiling. Was that us???