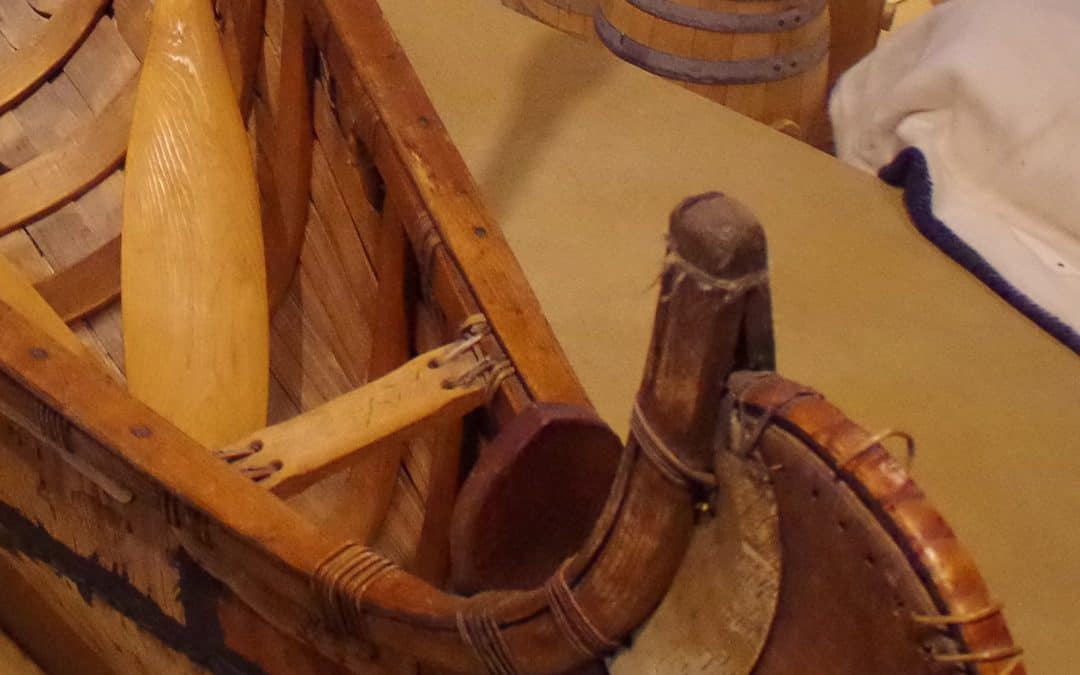 In researching Book 2 of “The Chronicles of an Unlikely Voyageur,” I learned a classmate, Bob Davis, was the great-nephew of Bill Hafeman, founder of Hafeman Boat Works in Bigfork, MN. Hafeman began building canoes in the 1920s. Bob’s wife Diane alerted me to a great YouTube piece about the current business.

In recent years, the business was taken over by Ray Boessel, Jr., married to Hafeman’s granddaughter Christy. Their son Dan posted this video (16:03). Ray said gathering the materials takes most of the 80 hours he needs to complete a canoe. Once they are in hand, the actual constructing takes about 24 hours.

Hafeman, he said, discovered that asphalt worked better than spruce gum to seal the seams—it didn’t need to be replaced each season because it was too soft and melting (too much tallow) or too hard and cracking (too much charcoal). Now Boessel uses polyurethane, the only non-natural element in the entire canoe.

They also show 3 different paddles—the beaver tail and the otter tail and a variable speed paddle. In a 37-foot Montreal canoe, the avant’s steering paddle could be as long as 8 feet. The avant set the pace—everyone’s paddle stroke precisely matched his.

As a youth, my classmate Bob was tasked with providing Hafeman with spruce root, called wattap, which was used to sew large birch bark pieces together and also to sew the canoe to the gunwales and frame.

Bob also told me about a booklet, “Builder of Birch Bark Canoes,” published in 1970 about his great-uncle. 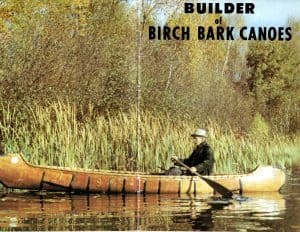