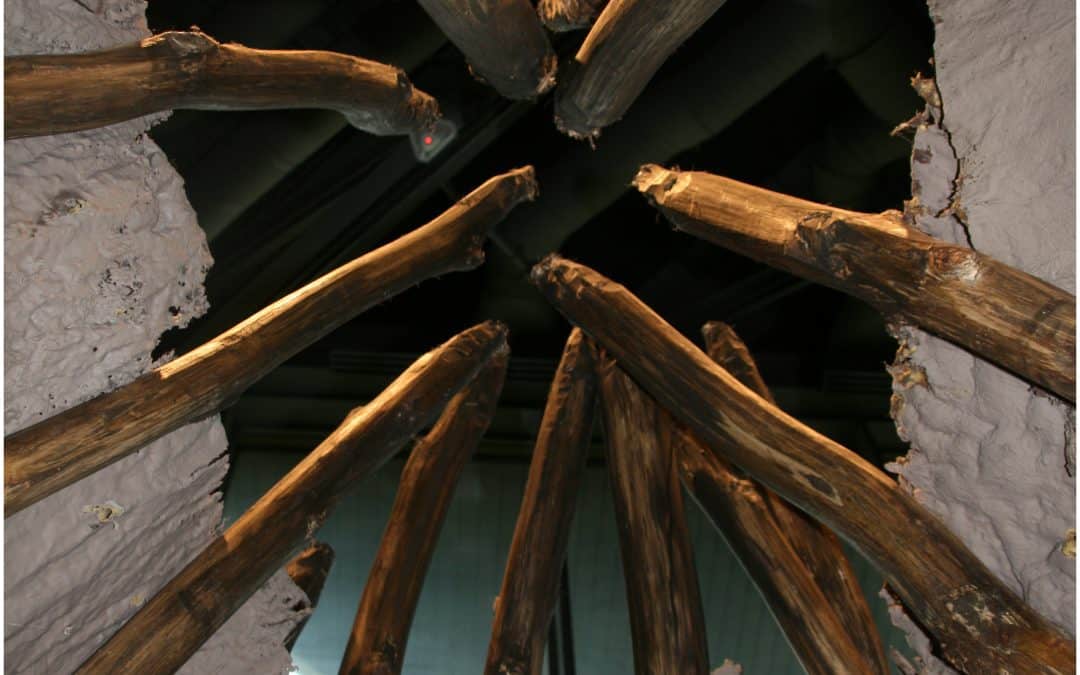 We visited North Dakota’s Heritage Center and State Museum in Bismarck a few weeks back. I was admiring a Dakota lodge when a guide came by to offer more information. We then talked about tepee construction. What a gold mine he was! 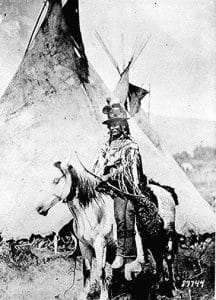 He said me the lodge I was examining was used about 2,500 years ago—an archaeological dig excavated its wood supports along the James River, so it was the predecessor of the earth-covered slant village homes of the Mandan Indians.

Then he pointed out a nearby tepee: it would have needed 15-18 buffalo hides and a whole week to construct, with many people working to scrape, tan, cut and sew. The tanning of one hide required five days. Tepees were made in the shape of a cottonwood leaf! When a tepee’s skins needed to be replaced, the old hide was re-purposed for moccasins, and even toilet paper!

Close to us was a circle-shaped bullboat. I’ve always wondered how they were steered to cross the Missouri River. My guide told me bullboats were temporary, and not meant to last more than a couple of uses! They might simply be left on the other shore—the frame was not very strong and the leather covering it would leak. (But it’s a lot of work, I think.) They preferred dugouts—burned-out logs, actually—and other craft for more permanent needs. To steer, a person sitting in front would move the oar/paddle in a figure eight. 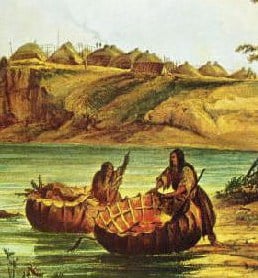 The conversation switched to pemmican, which my guide, though male, also had significant experience with. Making pemmican was gender-linked, a woman’s task. His wise auntie showed him what was done, so he would understand in later years. She demonstrated how a whole muscle was kept intact, and cut with slits to form a long rope, instead of making many small pieces which was easier to dry over racks. Once dried, the meat was pulverized.

Nowadays, he said, his aunt uses a blender instead of pounding the meat with stone tools. And adds to it dried chokecherries or buffalo berries, the yellow marrow fat from long bones and