How did fur traders know what trade goods to bring to Native Americans? 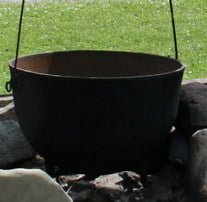 How did fur traders know what trade goods to bring to Native Americans? What trade goods did they want the most? Why? What did things cost? (Zak, age 14)

At the North West Fur Trade Post rendezvous in Pine City, she sat by a blanket covered with trade goods, and shared her knowledge with visitors. Here’s what she said.

“What trade goods were brought in was adjusted annually, based on what the traders thought would be wanted in the areas to which they headed. It could be different for a trader heading to the St. Peter’s River [now called the Minnesota River] as opposed to what is now northern Minnesota or the far distant Athabasca [in northern Canada]. Peter Pond, working as an independent trader, decided where he would go and what he should take in each year. 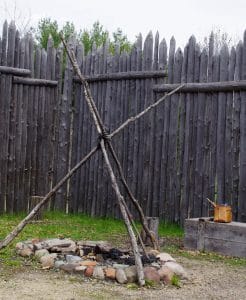 “Traders wanted to know: What would appeal to those people that lived there and were skilled in the hunt? What might they need? What might make their lives easier? Of course, native peoples knew how to live well with what was available, but maybe the traders could offer a better version.

“Let’s talk kettles, one of the highly favored trade items. Durable metal kettles were a clear improvement over what was at hand prior to the trade, containers made from clay or birch bark.

Clay could be heated but broke easily. Birch bark could be heated, too, very carefully. First the seams of a birch bark container, an Ojibwe makuk, had to be sealed with pitch to hold water. If placed directly over a fire, it needed careful tending to escape flames or having the contents boil down to the point of burning. Instead of direct placement over the fire, one could heat a rock and then put it into a makuk filled with water to heat it.

“The trader’s metal kettles with their handles became immediate favorites. They could hang a kettle over a fire, fill it with water, meat and other ingredients to simmer for hours with minimal attention.

“Kettles wore out in time but not as quickly as clay or birch bark and then were patched and replaced, when needed. The traders conserved canoe space by nesting the kettles small to large. Brass, copper, tin or iron, some with covers, some without — kettles were quickly recognized as a desirable item, available only through the trade.

Thelma suggests The Great Northwest Fur Trade, a material culture, 1763-1850 by Ryan Gale, as a good book to consult, with lots of pictures and good information. It is published by Track of the Wolf in Elk River in 2009.